Red Bull are just 'too quick', says Hamilton ahead of Mexican GP 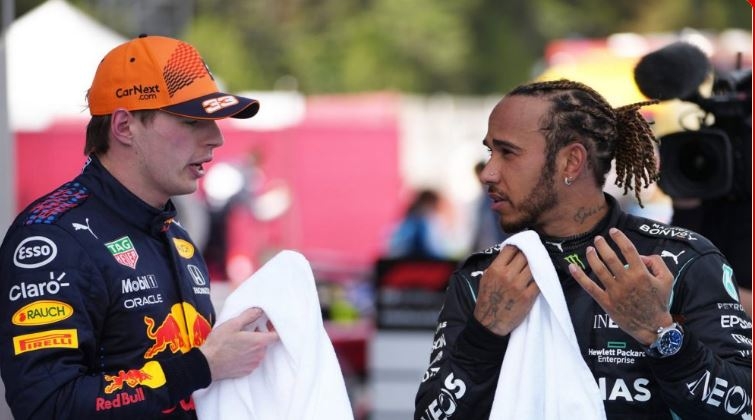 Ahead of the Mexico City Grand Prix qualifying session on Saturday, Mercedes Formula 1 driver Lewis Hamilton admitted that Red Bull are "definitely too quick for us" as the battle for the drivers' championship goes down to the wire.

Red Bull's Max Verstappen is leading the points table with 287.5 points after eight wins this season, while Great Britain's Hamilton is second with 275.5 points going into Sunday's race here.

After Mercedes secured a one-two in first practice on Friday, Red Bull hit back with Verstappen leading the second free practice. And that led Hamilton to give an assessment of his rival team's pace.

Hamilton finished second in the first session, behind team-mate Valtteri Bottas, and followed that up with P3 in in the second free practice. But he was half a second off championship rival Verstappen in the second session as the Dutchman showed an impressive turn of pace to keep the Silver Arrows behind.

We're giving it absolutely everything we've got, and I think they (Red Bull) are just quicker than us at the moment. No real concerns. Just chipping away at our set-up and just trying to improve it. But we're lacking downforce, which is probably why we had that half-a-second difference ahead of us

"Yes, it's looking good for us, (the objective) being able to try and battle with these guys. But they're (Red Bull) definitely too quick for us at the moment," Hamilton said. "The car has been feeling OK. I've not really had any major issues.

"We're giving it absolutely everything we've got, and I think they (Red Bull) are just quicker than us at the moment. No real concerns. Just chipping away at our set-up and just trying to improve it. But we're lacking downforce, which is probably why we had that half-a-second difference ahead of us," Hamilton was quoted as saying by formula1.com.

As for team-mate Bottas, leader in the first session and runner-up by 4/10th in the second, the Finn echoed Hamilton's comments as he looked at the Red Bull of Verstappen ahead.

"Yes, I mean, starting the day, it was quite tricky with the low grip. It was really dusty, dusty track, and that's why it was quite difficult to get a proper read on how the car actually is," he said.

"I thought it was not far off how it should be and we could really fine-tune for Practice 2 and actually it didn't feel too bad. But there's still definitely time we need to find because Red Bull seems a bit quick," said Bottas.

"They definitely seem quicker, at least on the single runs; they have really strong pace on the strong tyre. So yes we need to find a bit time if we want to be in the fight for the pole," he added.

Mercedes have a 23-point lead over Red Bull on the constructors' standings ahead of the weekend race.