Ravindra Jadeja has removed posts related to his IPL franchise Chennai Super Kings (CSK) from the 2021 and 2022 seasons of the tournament, hinting that there is a rift going on between him and the franchise.

"Jadeja didn't wish Dhoni on his birthday this year. (He does it every year). He has also deleted all his CSK-related posts on Instagram. Something is definitely not right," pointed out a cricket fan on Twitter.

Since then, social media has been abuzz with things not going fine between Jadeja and CSK.

Earlier this year, Jadeja, who was the first retention made by the franchise for INR 16 crores, was appointed as the CSK skipper with legendary wicketkeeper-batter MS Dhoni handing him the leadership duties ahead of the tournament opener against Kolkata Knight Riders.

But Jadeja stepped down as the skipper after being at the helm for eight matches, with Dhoni getting back to captaining the side. "Ravindra Jadeja has decided to relinquish captaincy to focus and concentrate more on his game and has requested MS Dhoni to lead CSK. MS Dhoni has accepted to lead CSK in the larger interest and to allow Jadeja to focus on his game." said a release from CSK that time.

After Chennai defeated Sunrisers Hyderabad by 13 runs in Dhoni's first match as captain in IPL 2022, the ex-India skipper had explained how leadership duties affected Jadeja's game while revealing that the plan was there for the all-rounder to take up leadership duties from 2022.

"I think Jadeja knew last season he'd be captaining this year. He knew and got enough time to prepare, what is important is you want him to lead the side and I wanted that transition to happen. In the first 2 games there was information going to Jaddu and after that I left it to him to decide which angle to bowl and all that.

"Once you become captain, it means a lot of demands come in. But what I felt is it affected his mind as the tasks grew. I think captaincy burdened his prep and performances; it meant he could not go with the bat and ball with the same intensity. Even if you relieve captainship and if you are at your best and that's what we want."

Later on, Jadeja was ruled out of the remainder of IPL 2022 due to a rib injury. He recently featured in India's rescheduled fifth Test against England at Edgbaston, where he hit 104 off 194 deliveries, his third century and first outside home in the longest format of the game.

He had also shared a stand of 222 runs with fellow left-hander Rishabh Pant (146 off 111 balls) for the sixth wicket to rescue India from 98/5 to 416 in the first innings, which ended in a losing cause. 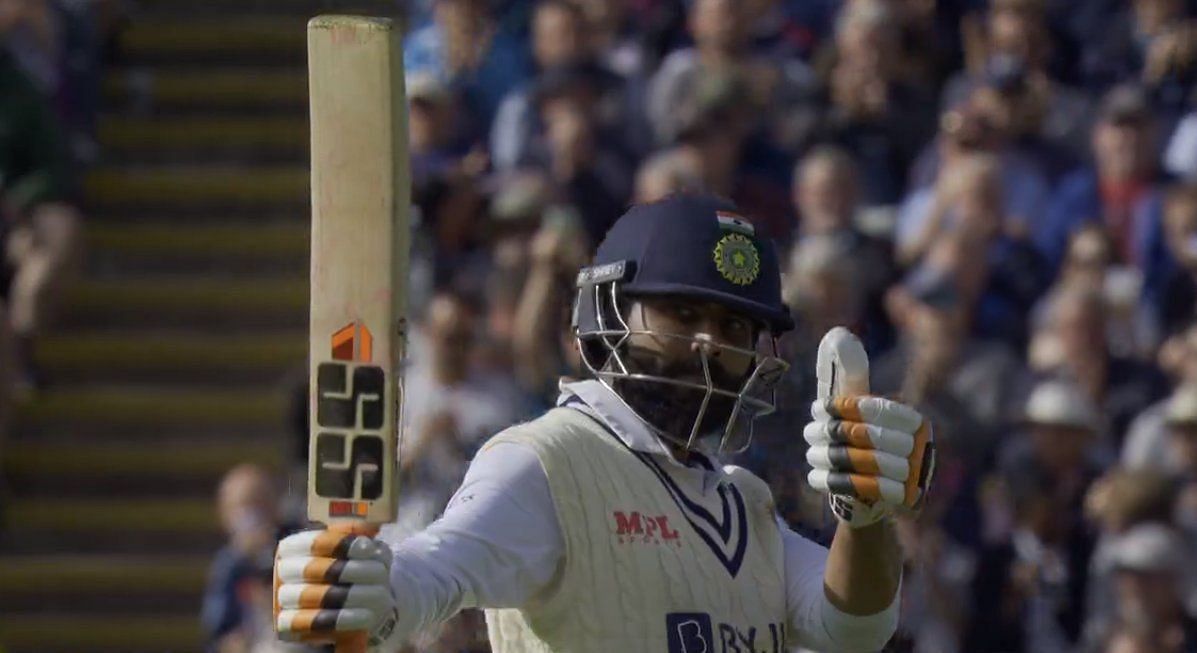