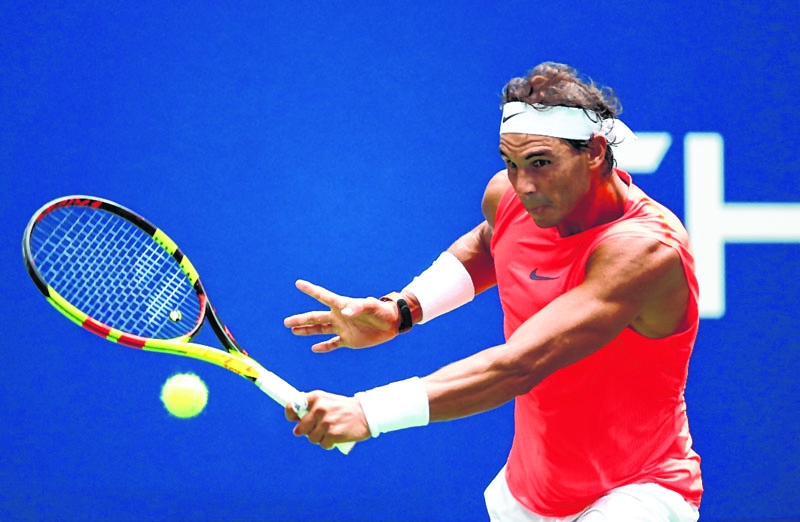 New York: Rafael Nadal has revealed that he had offered to provide Andy Murray with his boat in Mallorca, where the Scot is playing in a second-tier Challenger event as part of his comeback following hip surgery.

The Spaniard swept into the second round of the US Open with a 6-3 6-2 6-2 rout of Australian world number 60 John Millman on the same day as Murray won his second singles match at a tournament that bears Nadal's name.

Murray, playing on the Challenger circuit for the first time in 14 years, defeated 115th-ranked Norbert Gombos of Slovakia 6-3 6-4 in an event he is using to rebuild his singles form. The three-time Grand Slam champion underwent a hip operation in January following his first-round exit from the Australian Open and began easing his way back by playing doubles, starting with a title at Queen's in June.

"Best of luck, and more than playing in my home it is great news that he is back on the tennis court playing singles after a lot of struggles in recent years. I am happy for him, it is very special," Nadal said.

Nadal has his sights fixed on a fourth US Open crown this fortnight and will face another Australian, Thanasi Kokkinakis, in the second round after taking just over two hours to see off Millman, the player who stunned Roger Federer in the last 16 here a year ago.

"I'm happy the way that I was able to win tonight. It's a good start," Nadal said. "It's very special to be back in the night session at Arthur Ashe Stadium. The beginning, the first match, is always a little bit new even if I've played here plenty of times. "I think I had more or less positive feelings tonight," he added.

"I need to keep improving every single day. Winning with that result allows me more to have a good practice. I hope to be ready for after tomorrow knowing it's a tough challenge, Thanasi in the second round."