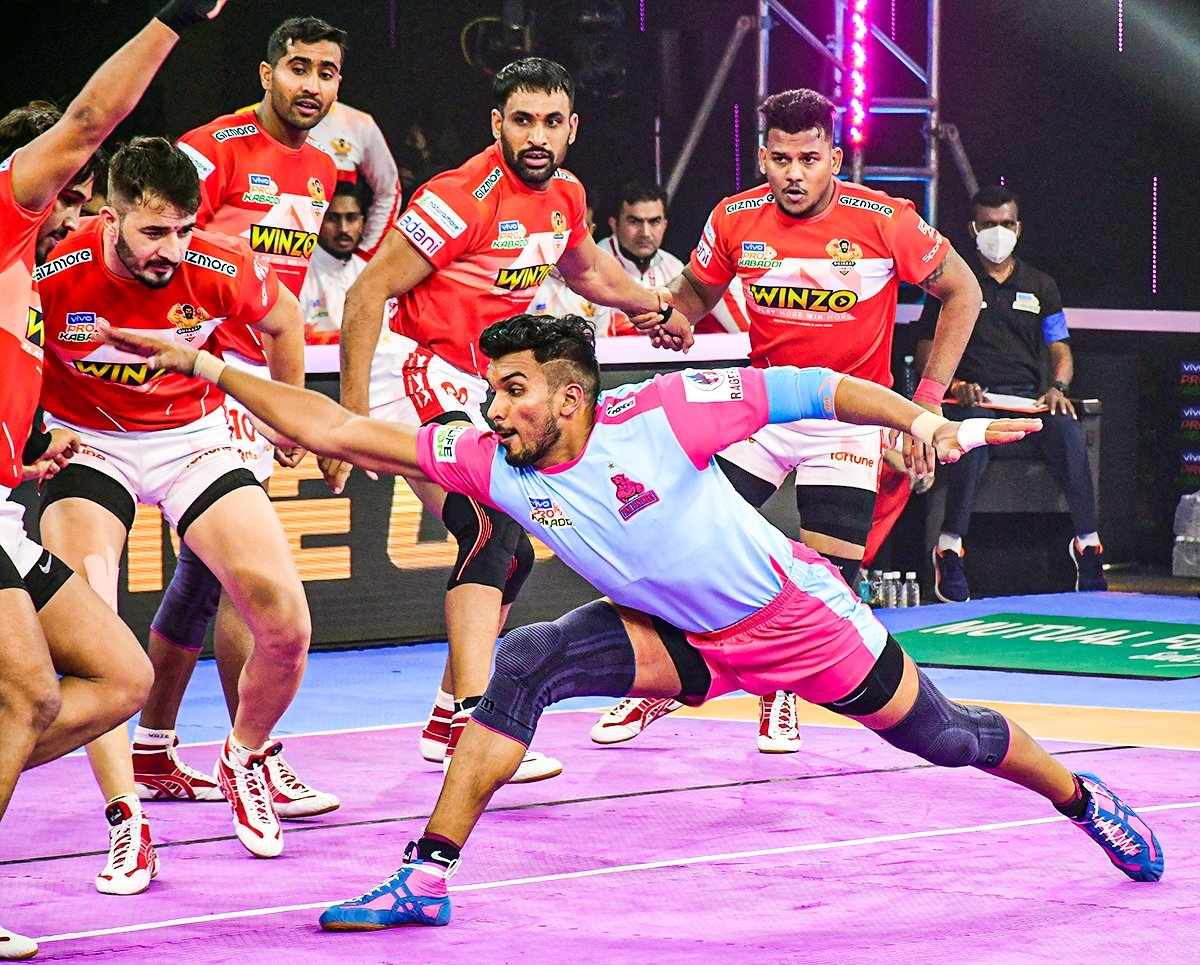 Jaipur didn't have the raiding strength against a well-oiled Gujarat defence but will take positives from a tactically-fought match.

The match started as expected with both defences thwarting the raiders. The first 10 minutes of the match saw no multi-points raids despite both sets of raiders struggling to make an impact.

The first momentum shift of the match came courtesy a brilliant tackle by Gujarat's left corner Girish, who pinned Nitish Narwal on the floor from a seemingly difficult angle.

Riding on the energy, Rakesh clinched a two-point raid to inflict the first "all out' on the Pink Panthers in the 10th minute to make the scores 13-17 in Gujarat's favour.

But Pink Panther quickly clawed their way back into the match, with new recruit Arjun Deshwal impressing in the raids.

Gujarat's Rakesh missed a bonus point in a 'do-or-die' raid and that handed the advantage to the Panthers.

Jaipur capitalised to get their first all out with two minutes to half time and reduced Gujarat's lead to just one point.

The first half ended with Gujarat in the lead at 19-17. They maintained the intensity in the second half to log home full points.