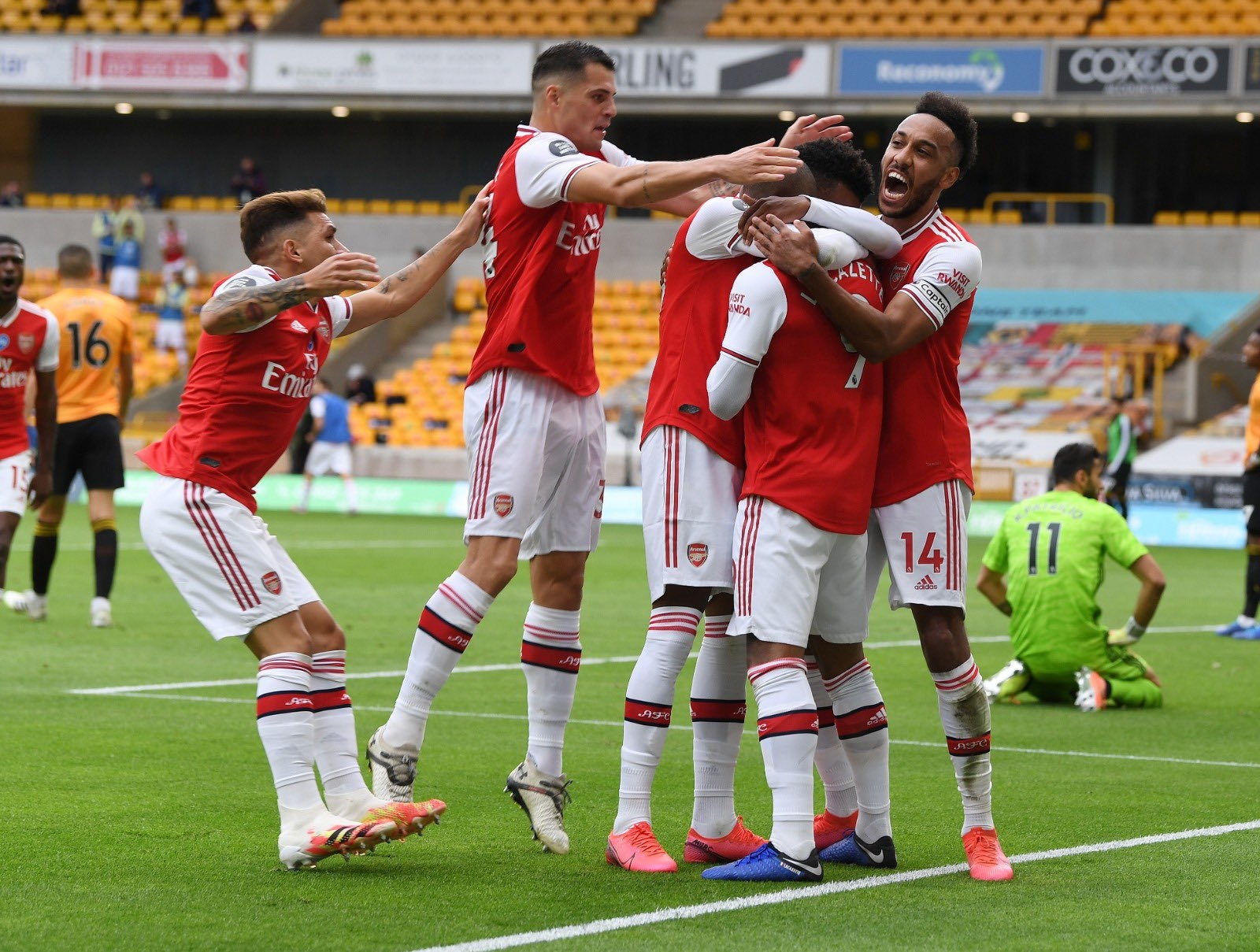 Wolverhampton's pursuit of a first-ever qualification for the Champions League received a setback after a 2-0 loss to Arsenal in the Premier League.

Goals from Bukayo Saka, a highly rated 18-year-old midfielder, in the 43rd minute and substitute Alexandre Lacazette in the 86th ensured Wolves dropped points for the first time since the restart of the league, with Nuno Espirito Santo's team having previously recorded three straight wins.

With a fifth-place finish earning a spot in Europe's top competition, all is not lost for sixth-place Wolves though they cannot afford many more slip-ups in their remaining five league games.

After back-to-back defeats following the resumption, Arsenal has now won three straight games to rise to seventh - three points behind Wolves. A finish in sixth will earn the team a berth in the Europa League next season, as may seventh.

Saka, who signed a new long-term deal at Arsenal this week, scored his first Premier League goal when he hooked in a finish from 10 meters after a left-wing cross from Kieran Tierney deflected into the youngster's path.

Lacazette was dropped for Eddie Nketiah but had an almost instant impact after coming on in the 83rd, getting in front of a defender to control a cross from fellow substitute Joe Willock before drilling a low shot into the corner.

Wolves will rue a miss by Adama Traore in the 64th when the score was 1-0, when the winger was one-on-one with goalkeeper Emiliano Martinez.