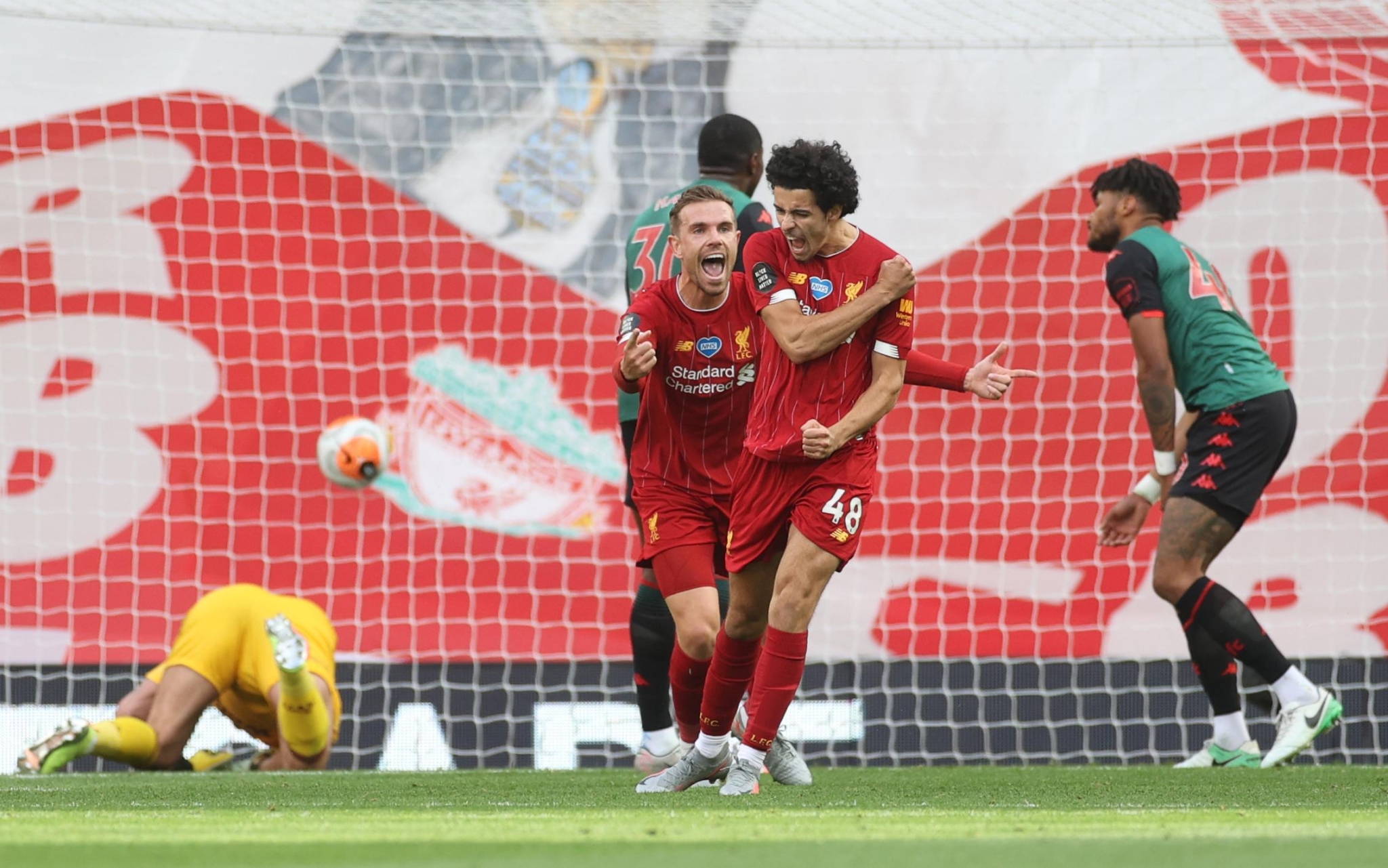 Liverpool's second match as Premier League champions saw them win 2-0 against Aston Villa at Anfield on Sunday, July 5. Their first, however, was disastrous as Pep Guardiola's Manchester City triumphed over the champions in 4-0 victory at the Etihad Stadium.

The lackluster performance was visible among the Reds until after the hour mark when Sadio Mane stepped up to give his team the lead.

The opener was followed by an 89th minute deflected goal from teenager Curtis Jones which was his first ever Premier League goal.

Their combined efforts made sure Liverpool continued their run of 24 consecutive league wins at Anfield. And, move further towards a record points tally in the English top-flight history.

Liverpool now need 12 more points from their remaining five matches to set a new record points total for a Premier League campaign, and can also become the first team to win every single home game in a single season.

Aston Villa, on the other hand, are fighting to beat relegation. With 27 points in 33 games, the club stands 18th in the league table. Watford, who stand 17th, are just one points away at 28 in the same number of games.

The next few outings will prove to be tough for Aston Villa as they face Manchester United and Arsenal in two of their remaining five fixtures.

Meanwhile, Jurgen Klopp's side will face Brighton on Wednesday, July 8 in their next fixture. Mikel Arteta's Arsenal and Frank Lampard's Chelsea also await their clash against the champions.