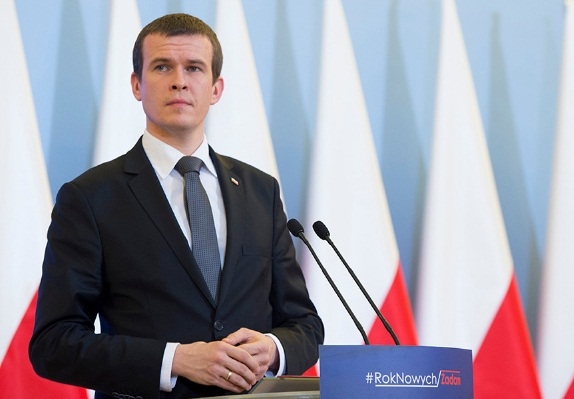 Montreal: The World Anti-Doping Agency said on Tuesday that government representatives had proposed Poland’s sports minister Witold Banka as its candidate to be the body‘s next president. The 34-year-old former sprinter was recommended by members of the Public Authorities, a panel of government members who help choose WADA chiefs in a special meeting in Montreal.

The current head of WADA is the 78-year-old Craig Reedie, who has served two terms in office and who is due to step down in December. WADA rotates its presidency between representatives from the international sports bodies (the International Olympic Committee and federations) and governments.

As required by the rules, Banka’s nomination will now be submitted to WADA by the end of May for the elections which will take place at the meeting of the WADA Foundation Board in Katowice, Poland in November 2019. Banka was first put forward as Europe’s candidate in January, comfortably beating the 41-year-old current WADA vice-president Linda Helleland.

Norwegian Helleland was the pick of western nations, chiefly the United States, as a strong critic of what she sees as WADA’s weaknesses towards Moscow and its lack of independence from the IOC. She was one of just two members on the WADA executive committee who voted against Russia being reinstated last year. However, US Anti-Doping Agency chief executive Travis Tygart on Tuesday offered congratulations to Banka.

“We appreciate the opportunity to have met with him recently and to discuss the hope for a strong and independent WADA going forward,” Tygart said. “We are excited and ready to get to work with him and those committed to protecting clean sport to achieve the mutual goals of restoring trust to the organization with athletes and the public, most importantly giving all athletes a true voice in the fight against doping.” Banka has been recommended ahead of Marcos Diaz, a WADA executive committee member from the Dominican Republic.

Diaz wanted to increase the number of representatives from countries he feels have less of a say in decisions than they should. Meanwhile Banka, who helped Poland win bronze in the 4x400m relay at the 2007 World Championships, would like to establish a solidarity fund for the National Anti-Doping Organisations, in particular for countries where there is no such body. This is the last time the WADA head will be appointed on the principle of rotation between representatives of sports bodies and governments, with an independent president coming in from the start of the next mandate, in 2022.