Playing in India goes beyond my contract: Carlos 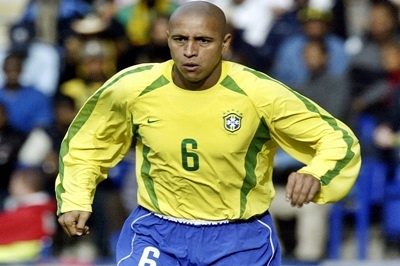 New Delhi: The Brazilians have come here for the development of Indian football and not just to honour their contracts, insisted the legendary Roberto Carlos, who is marquee player of the ISL franchise Delhi Dynamos FC. Carlos, who was here at an ASSSOCHAM event overseeing the agreement signed between BRICS Football cup and Delhi Dynamos to be their sixth official football team partner, said that he did follow the ISL last year and could see the talent in the Indian players. Though he believes that the players still have to develop a lot.

“I want the national squad of Indian football team to get the benefit out of it. I believe within one or two years Indian players will witness an evolution like never before. Our goal will be to make sure that the players play for win. You’ll see the same with Delhi Dynamos this year. “There are 18, and including me, 19 players from Brazil who’ll be playing in the Indian Super league. We are here for a reason, and the reason is not limited to our contract. We are here for development of football in India,” said Carlos.

On asking the quadragenarian about how serious is his finger injury and whether he’ll limit his role to coaching alone in the ISL. The otherwise shy player was quick to reply, and said, “The injury is on my hand and not on feet. I am here to play and will give my best both as a player and a coach.”

The event also witnessed a formal agreement between BRICS Football cup and Nivia sports, who will be the official supplier of the ball.

President of Delhi Dynamos Prashant Agarwal also present on the occasion talking on the partnership with BRICS Football Cup said, “The partnership will not only promote better football interaction among BRICS youths but will also bring together people from different cultures.”

The agreements were signed in the presence of Ambassador of Brazil in India H.E Tovar da Silva Nunes, who sees the BRICS Football Cup as “going to streets and let people know what BRICS is”. Others present in the event were Nikhil Sawhney, Chairman of ASSOCHAM National Council on Sports & Sports Infrastructure and Kushal Das, General Secretary All India Football Federation (AIFF) .

The BRICS Football Cup is an under 17 tournament that will be played between the BRICS (Brazil, Russia, India, China and South Africa) nations. The first edition will be played in India in April 2016. The tournament will take place once every year