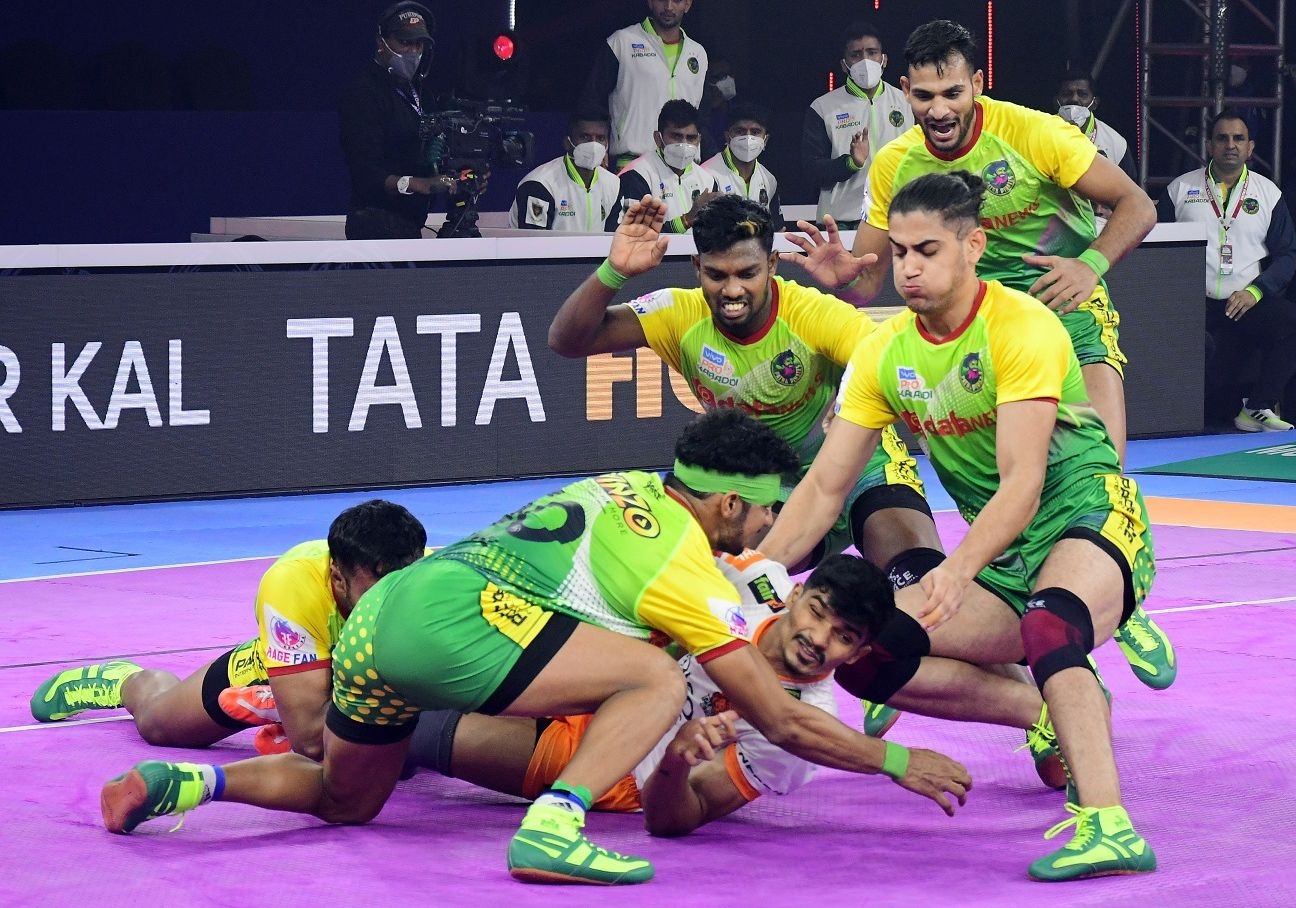 The lack of a quality raider despite promising performances from youngsters will be a cause of concern for the Puneri Paltan who succumbed to their second loss in three matches.

All eyes were once again on Pune's Rahul Chaudhari but the showman, despite starting the match, was substituted for young Mohit Goyat by coach Anup Kumar in the first half.

The trio of raiders including Aslam Inamdar and Pankaj Mohite caused problems for the Patna defence while at the other end Prashant Kumar Rai and Sachin were equally effective.

Patna were facing the risk of an 'All Out' with six minutes left to half time, but their defender Sajin C completed a Super Tackle to turn the momentum.

The three-time champions got lucky later when Monu Goyat entered the lobby without contact, in a do-or-die raid only to be followed by three Pune defenders who had been deceived by his actions.

The first half ended 14-14 with Pune having just two men on the mat.

Pune brought in Shubham Shelke for Pankaj Mohite in the second half. But Patna kept fighting back, thanks largely to confident tackles from the likes of Mohammadreza Chiyaneh and Sajin.

With 10 minutes remaining, Patna had a 4-point lead and that was extended as Pune's plan to play on the do-or-die raid backfired.

Sachin scored two points in the crucial raid for Patna to inspire another 'All Out' in the 13th minute and open a 10-point lead.

Sunil and Vishal Bharadwaj picked up yellow cards in the final minutes as the match became intense. But Patna ensured there was no late comeback by Pune to clinch an important win.