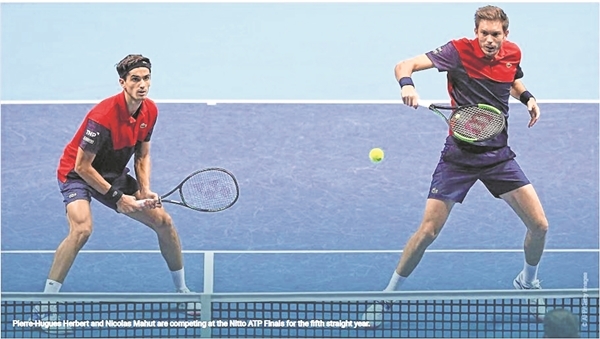 London: Pierre-Hugues Herbert and Nicolas Mahut won the ATP Finals doubles title on Sunday -- a year after coming within a point of lifting the trophy.

They notched their ninth straight victory to lift the trophy after 70 minutes, saving all four break points they faced. Mahut and Herbert have won all 18 sets they have contested since arriving at the Paris Masters last month.

The career Grand Slam winners are the first team to lift the trophy at the O2 without dropping a set since Jean-Julien Rojer and Horia Tecau in 2015.

The ATP Finals crown is their 15th tour-level trophy as a team, adding to 2019 titles at the Australian Open and Paris Masters.

With their Australian Open trophy in January, Herbert and Mahut became only the eighth men's doubles team to complete the career Grand Slam.