Palmeiras successfully defended the Copa Libertadores title after beating Flamengo 2-1 in an all-Brazilian final that went to extra time.

The third title from the Sao Paulo-based club kicked off street parties in the metropolis, regardless of new concerns about Covid-19.

The champion opened the scoring at Centenario Stadium in Montevideo through Raphael Veiga early. Flamengo, which started the final as favorites, levelled in the second half thanks to Gabriel Barbosa. Substitute Deyverson netted the winner in the first half of extra time.

Palmeiras became the first team in 20 years to win back-to-back titles. Boca Juniors won in 2000 and '01, the first of those titles against Palmeiras in the final prevented the Brazilian side from retaining its first Copa title.

A counterattack started by defender Gustavo Gomez found right back Mayke free and onside thanks to Flamengo defender David Luiz. Mayke's low cross reached Raphael Veiga, and he put it past goalkeeper Diego Alves in the sixth minute. 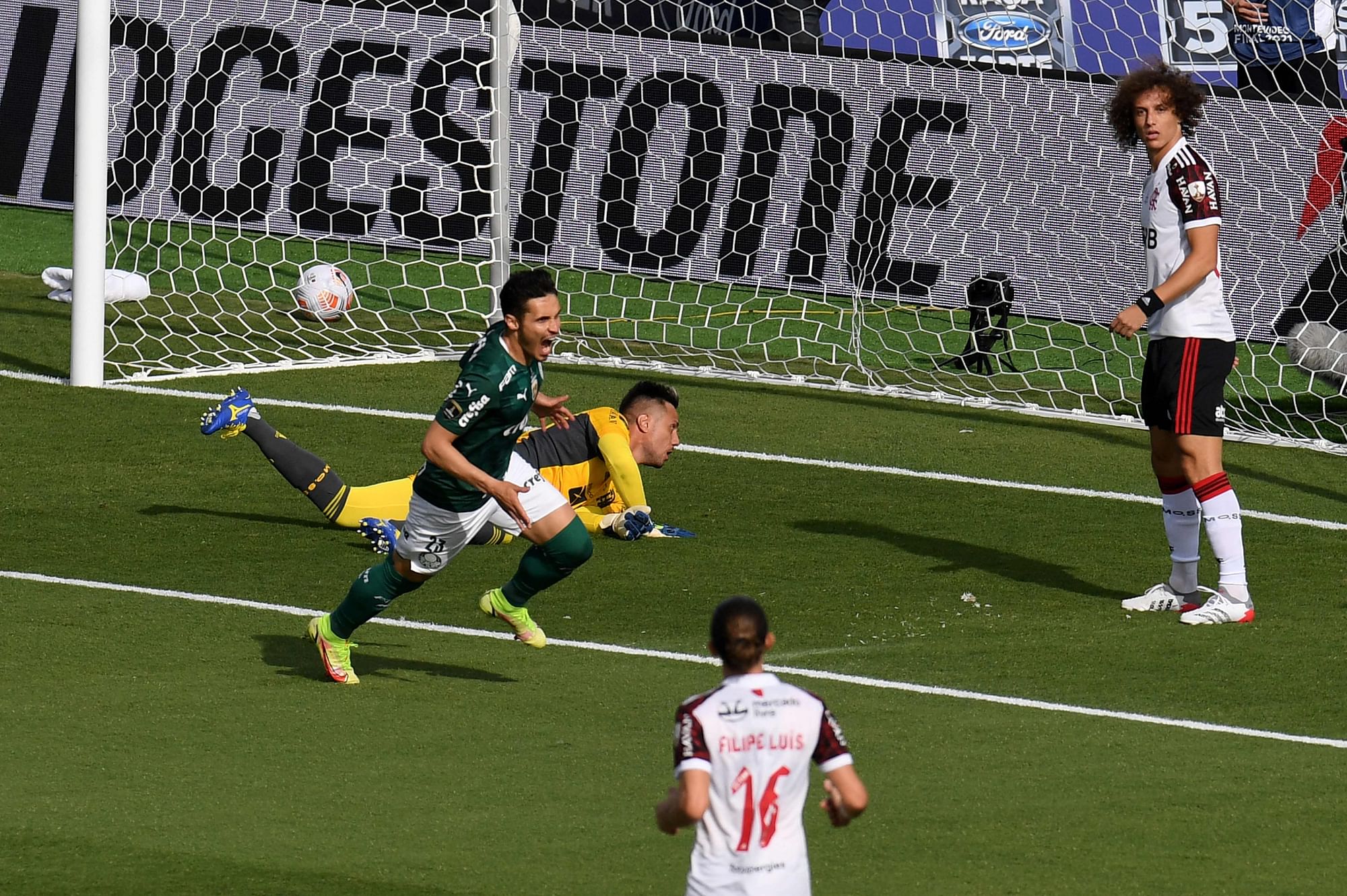 Flamengo wasted opportunities in the second half, and didn't level until the 72nd, courtesy of its top scorer Gabriel Barbosa. Assisted by Giorgian de Arrascaeta, the man nicknamed Gabigol scored from close range against goalkeeper Weverton, who was not quick enough to block the shot.

Barbosa scored both Flamengo goals in the 2-1 final win against River Plate in its second and last Copa triumph in 2019.

The 1-1 looked fair at the end of regular time. But it didn't take long for Palmeiras to regain the upper hand.

A slip by Flamengo midfielder Andreas Pereira in the 95th made the difference. Deyverson, who replaced a fatigued Veiga minutes before, carried the ball all by himself and calmly beat goalkeeper Alves.

Deyverson returned to Palmeiras in June after a loan to Alaves, and was in tears after his first goal in this Copa.

"I had ups and downs here, I made many mistakes, but I never stopped working," the striker, once again in tears, said.

Deyverson signed a five-year contract with Palmeiras in 2017, but problems on and off the pitch led him to being loaned to Getafe in 2020 and Alaves shortly later. Many Palmeiras fans did not enjoy the news of his return.

Deyverson surprised fans and players alike near the final whistle when he fell to the ground after being lightly touched on the back by Argentine referee Nestor Pitana. Pitana laughed at the player's reaction and told him to stand up. Deyverson's rolls on the pitch went viral on social media.

Flamengo goalkeeper Alves said they must congratulate Palmeiras and keep their heads up.

"It hurts a lot to lose it like this. We didn't give many opportunities to Palmeiras. They played in their style, we played in ours. It wasn't meant to be," Alves said, adding midfielder Pereira should not be blamed for the defeat.

Brazil also contributed both finalists in the Copa Sudamericana, won by Athletico. This year marked the first time all four finalists of both Copas came from the same country. Palmeiras' success was the eighth since 2010 for a Brazilian club.