New Zealand reached 309 for 6 at stumps on Day 1 after electing to bat first in the second Test against Pakistan in Karachi on Monday.

New Zealand took the honours on the first day of the second Test against Pakistan in Karachi on Monday after an outstanding century from opener Devon Conway but the hosts managed to pull things back a bit in the final session.

Conway had scored the first international hundred in 2022 and managed to repeat the feat this year as well. He now has four Test hundreds and five fifties from just 21 innings in red-ball cricket.

But the rest of the Kiwi batters couldn't capitalise on their starts and suffered a mini-collapse triggered by Pakistani spinners Agha Salman and Abrar Ahmed. 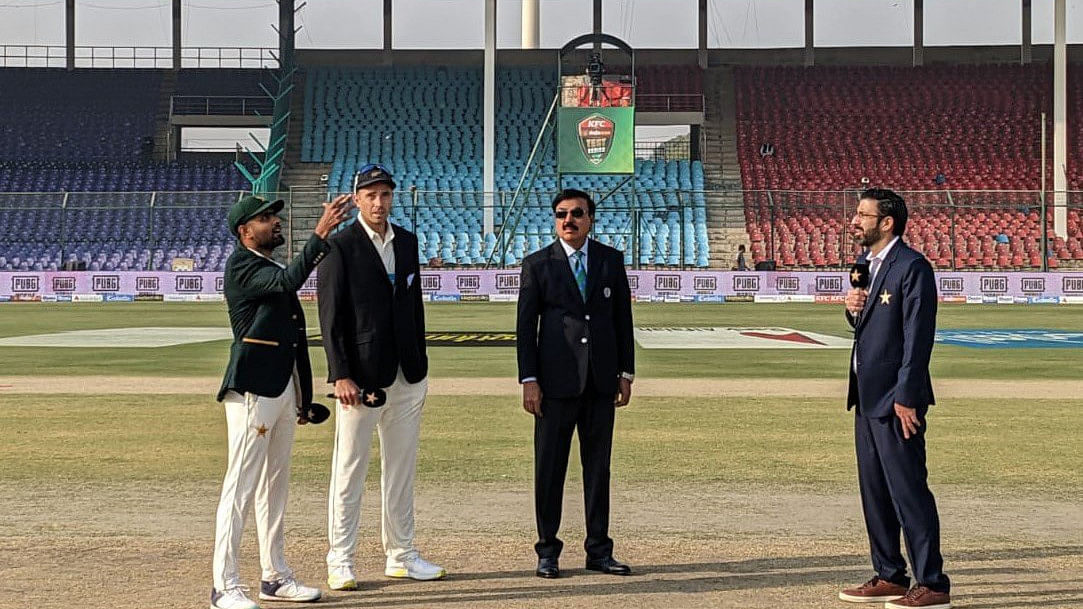 At 226-1 at tea, New Zealand looked in a commanding position, but Pakistan stormed back in the third session, picking five wickets over the next 45 runs. Salman starred with three wickets for 55 runs while Ahmed sent back a Michael Bracewell for a duck.

Pacer Naseem Shah also chipped in with a couple of crucial wickets for the hosts. New Zealand will resume the first innings on Day 2 with Tom Blundell (30*) and Ish Sodhi (11*) at the crease.

The visitors will target a score of at least 400 while the hosts will look to cause more damage with the second new ball, which will be available in the first over on Tuesday.