HomeSportsPak vs Eng: England players suffer from virus on eve of first Test in Pakistan

Brook, Crawley, Pope and Root all were named in England's playing XI for the first Test

Rawalpindi: Several England players have been struck by a virus ahead of the team's first Test in Pakistan in 17 years, leading to discussions about postponing the start of the match by one day.

Only five England players - Harry Brook, Zak Crawley, Keaton Jennings, Ollie Pope and Joe Root - turned up for the training at the Pindi Cricket Stadium on Wednesday. The rest of the squad members, including captain Ben Stokes, stayed in the hotel as team officials said six or seven players had been affected by the virus.

Brook, Crawley, Pope and Root all were named in England's playing XI for the first test.

"There's obviously a few guys not feeling 100%," Root told reporters, adding that he didn't feel good yesterday but woke up lot better on Wednesday before coming for the training at the stadium. "It's nothing like food poisoning or COVID . I think it's just one of those things that we've unfortunately picked up as a group. We try to do absolutely everything right to make sure we're prepared really well for this game.

"Sometimes you just pick up a virus and when you're all tied together in one, I tell you, you can spread it out. We did everything we can to try and mitigate that, but you have to see how things go tonight and tomorrow." England team spokesman Danny Rueben said several staff members of the England contingent have also been affected by the virus.

The walk from our dressing room in Rawalpindi 👌

ECB in talks with PCB

The Pakistan Cricket Board said it was discussing the start of Thursday's first Test with the England Cricket Board "and will provide further updates in due course." Root said he wasn't sure whether it was possible to delay the game by a day and have it start on Friday.

"It's such a monumental tour and important series for so many reasons," Root said. "We've waited 17 years to come to Pakistan to play a test match, if it means waiting another day, is that the worst thing in the world? We're all desperate to play this game and we know how important it is to the fans of Pakistan and their team as well. I don't think it's necessarily the worst thing in the world if we have to wait one more day to make sure the game isn't canceled and everyone gets what they want, which is an exciting three-match series."

We have named our XI for our first Men's Test against Pakistan!

England has already named its playing XI for the first of the three-test series with Liam Livingstone set to make his test debut and Ben Duckett is penciled as opener with Crawley. Veteran fast bowler James Anderson and Ollie Robinson are the two specialist fast bowler with Stokes as the other seaming option.

England is already out of contention for next year's World Test Championship final and is placed seventh in the WTC table.

Pakistan is in fifth place and has a realistic chance of making it to the final at the Oval in 2023, if it manages to win a majority of the remaining five tests at home. Pakistan is scheduled to host New Zealand for a two-test series later this month after the three tests against England ends at Karachi.

"We know we have to win four of the remaining five test matches and it's a golden opportunity for us to do so at home," Pakistan captain Babar Azam said. "We know several England players are not well, but we hope to play against a full strength England side." England's aggressive approach under new coach Brendon McCullum has seen the team rout New Zealand 3-0 at home this summer before registering a come-from-behind 2-1 win against South Africa.

McCullum's fearless approach has completely transformed England in red-ball cricket after a 4-0 loss in the Ashes series in Australia saw head coach Chris Silverwood get sacked and Ben Stokes appointed captain in place of Joe Root.

While lively wickets back home played a huge role in England new positive approach, the visitors might have to adapt quickly on slow wickets at Rawalpindi, Multan and Karachi.

"Test match cricket is all about patience and you have to play session by session," Babar said. "Every team wants home conditions so we also want conditions that suit us and give us results."

The pitch at Pindi Cricket Stadium came under criticism when only 14 wickets fell during Australia's tour to Pakistan in March and the pitch was rated "below average" by ICC match referee Ranjan Madugalle.

But England's approach to score at a rapid pace could counter the tactics of Pakistan, which will be without its spearhead fast bowler Shaheen Afridi, who is ruled out of the series due to knee injury. 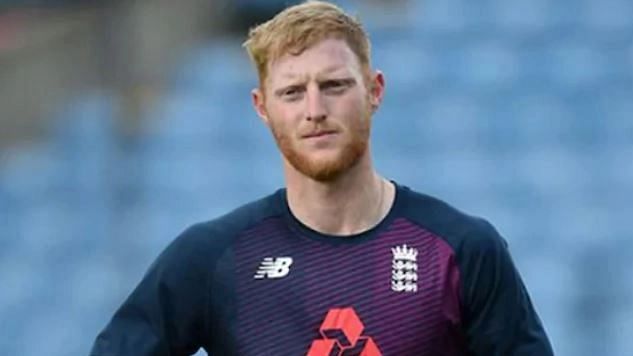 Viral Video: Inquiry launched against UP-based coach for getting a massage from underage cricketer