Wicketkeeper-batter Mohammad Rizwan's valuable half-century and tight death bowling by debutant Aamer Jamal helped Pakistan clinch an exciting six-run win in the final over against England in the fifth T20I of seven-match series at Lahore on Wednesday.

With this victory, Pakistan now has an edge over England with a 3-2 lead in the series. In the first innings, Pakistan was bundled out for 145 in 19 overs. Rizwan (63 off 46) continued his consistent run with the bat, but the rest of the batters failed to make an impact. Pacer Mark Wood (3/20) was the leading bowler for England.

Chasing 146, England did not really look a massive threat, but innings from Moeen Ali (51* off 37) kept them in contention. Ultimately, it boiled down to 15 runs in the last over bowled by Aamer Jamal (1/13) and he defended it successfully, restricting England to 139/7. Haris Rauf (2/41) also did a solid job with the ball.

The chase of 146 did not start well for England as the top order failed to fire once again. Phil Salt (3), Alex Hales (1), Ben Duckett (10) were back in the pavilion within the space of just 31 runs.

At the end of the powerplay in six overs, England was at 42/3, with Malan (25*) and Harry Brook (0*) at the crease. Brook could not carry on for long, trapped leg before wicket by Shadab Khan's spin, with Malan (36) suffering the same fate at the hands of Iftikhar Ahmed. Half of England was back in the pavilion at 62 runs.

Then, Moeen Ali and Sam Curran gave their side some respite for a while, helping them put some more runs on the board. The scoreboard kept ticking for around three overs, but Curran was dismissed for 17 off 11 balls by debutant Aamer after Mohammad Wasim pouched him. England sunk to 6/85.

Ali was still hanging on the crease, fighting to get his country across the line. He was joined by Chris Woakes and both helped England cross the 100-run mark. Both seemed to have won the match for England, but Rauf got the breakthrough, dismissing Woakes for 10 on the final ball of 19th over.

Match came down to fifteen runs in the final over, with David Willey joining Moeen. After two dots and a wide, Moeen did hit a pressure-relieving six to bring up his fifty, but could only score one more run in the next three balls. England lost the match by six runs.

Earlier, put to bat first by England, captain Babar Azam was removed by Wood for nine at the score of 17 runs. Rizwan and Shan Masood (7) put on a 25-run stand for the second wicket, but Willey struck to send back Masood, followed by Wood dismissing Haider Ali (4). Pakistan was 3/51.

A 30-run stand did take place between Rizwan and Iftikhar Ahmed, but Willey struck once again to dismiss the latter for 15, reducing Pakistan to 5/88.

After this loss, Pakistan could not recover as they lost their next five even more quickly, within a space of 57 runs. Curran and Woakes ended things in style for England, bundling out Pakistan for just 145.

Wood was the undisputed star of the day for England with his bowling, taking 3/20. Curran and Willey took two scalps each while Woakes got one wicket.

Rizwan's half-century earned him the 'Man of the Match' title. 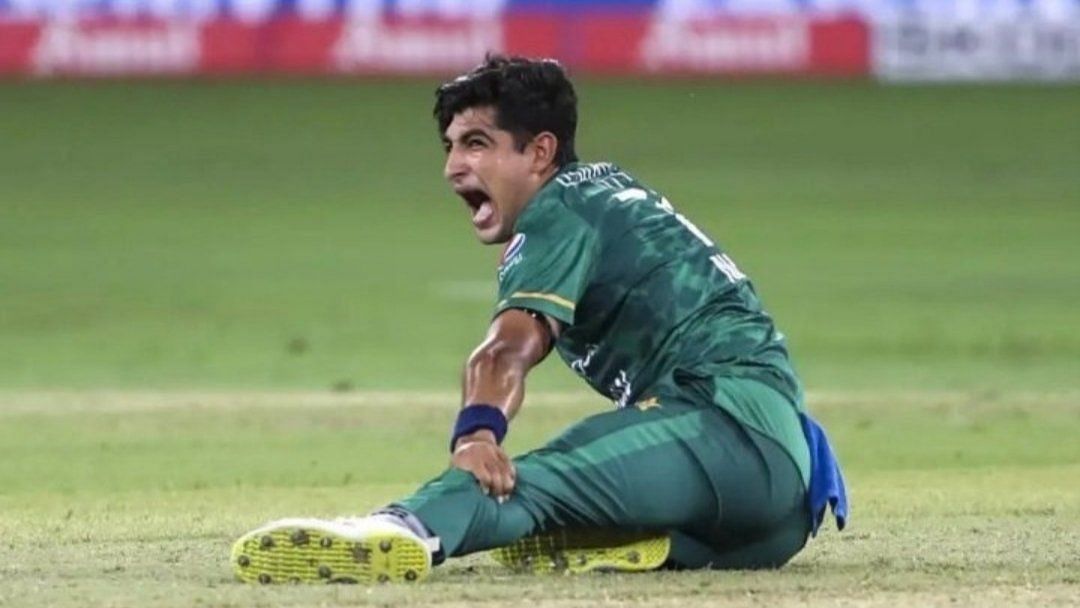