Veteran Azhar Ali made a defiant 78 in his first homecoming test match and Abdullah Shafique missed out on a century before Pakistan reached 227-3 at tea on Day 3 of the third Test against Australia on Wednesday.

Australia, which was bowled out for 391, hit back in the middle session to remove both set batters after toiling hard under hot conditions during the wicketless first session on a slow wicket.

Captain Babar Azam, who was dropped by Steve Smith in the slips on 20, was unbeaten on 42 and Fawad Alam was not out on 5 at the break. Pakistan still trails Australia by 164 runs in the first innings.

Captain Pat Cummins (2-51) held onto a spectacular return catch in the seventh over with the second new ball to end Azhar's patient 5-1/2 hour knock which featured seven fours and a six and came off 208 balls.

Offspinner Nathan Lyon (1-83) had to wait until his 21st over to get his first wicket when Shafique (81) got a thin edge and Australia successfully went for television referral against umpire Aleem Dar's not-out decision.

Shafique's prolific run in the series has seen the opening batter score his maiden test hundred in the tame drawn first test at Rawalpindi before his patient 96 at Karachi led Pakistan to force an epic draw.

Shafique continued to defy Australia with yet another patience knock off 228 balls which featured 11 fours before Lyon struck in the fifth over after lunch.

Shafique added a 150-run stand with Azhar in 4-1/2 hours as both batters had joined in the last session after Cummins had struck early by removing Imam-ul-Haq for 11.

Azhar, playing in his 94th test match but for the first time in his hometown of Lahore, became the fifth Pakistani batter to complete 7,000 test runs when he reached 74 by sweeping hard at Lyon to deep square leg for a single.

Australia created chances on a slow wicket but Smith's horror time in the slips continued in the series when he was wrong-footed twice on either side of the first two sessions and couldn't hold onto sharp catches.

Smith had missed out two vital chances at Karachi which included a crucial miss of Shafique that resulted in Australia toiling for nearly 172 overs.

Mitchell Swepson found the edge of Azhar's bat in the last over before lunch but Smith couldn't grab the chance before he slipped Babar's edge off Lyon which went to third man boundary for four.

Australia also exhausted its three referrals when it went for an lbw referral against Fawad just before tea off Lyon, but the replays suggested that the ball had hit the left-hander's pad well outside the line of off stump. 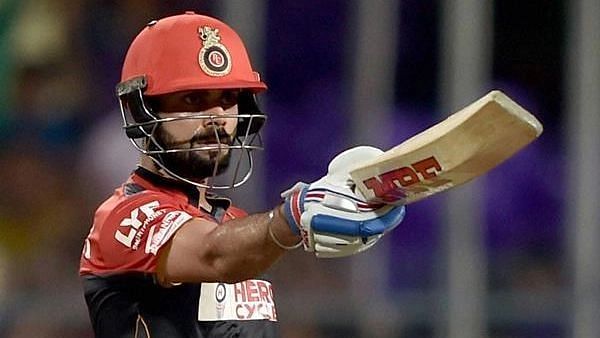 HomeSportsPak vs Aus: Australia hit back with 2 wickets, Pakistan reach 227-3 at tea on Day 3