Adelaide: Outplayed. Outclassed. That’s how Rahul Dravid described India’s abject surrender to England in the semifinal of the ICC T20 World Cup 2022 on Thursday at the Adelaide Oval.

It was so realistic. Apart from the last few overs when Hardik Pandya went ballistic, India were never in contest.

“Yeah, obviously disappointed to finish in the semifinals. We would have certainly liked to go a couple of steps further. But yeah, just outplayed, outclassed today. They were the better team in all departments really. The score line showed that,” said Dravid in the post-match press conference.

Dravid said the team will sooner than later reflect on the positives and negatives of their campaign in the T20 World Cup.

“It's tough after a loss like that. But we'll reflect on it. It's tough to reflect on things so close to the result, but yeah, I think overall we ran a pretty good campaign.

“Over the last year, we've played some good T20 cricket. Even in this tournament, I think we've had our moments. There's been some real individual quality from a lot of our players, shown some real good skills. But on the day we were just not good enough here.

“I'm sure that when you lose in a semifinal, yes, I know it's disappointing, but yeah, I'm sure there are things we can look back on and reflect on and see that we've improved in and we can take forward and move forward as we build for the next World Cup,” said Dravid.

So, will some of the senior names like Rohit Sharma, Virat Kohli, R Ashwin, Bhuvneshwar Kumar be a part of that build-up process?

"We'll have enough games, enough matches as we go on ahead, and India will try and build and prepare for the next World Cup,” said Dravid.

Dravid was also copious in his praise for England skipper Jos Buttler who made a forceful fifty.

“He's a very dangerous player, and we knew that. We knew the key to the game obviously was to try and take that opening partnership as early as we could. We tried to attack a little bit with our lengths up front. We thought that was a tactic. They played that really well.

The ball didn't swing here probably as much as it has in other parts of Australia or in other conditions. Played a little bit into their hands, and class players like that, both Buttler and Hales, I thought their partnership was fantastic,” Dravid added. 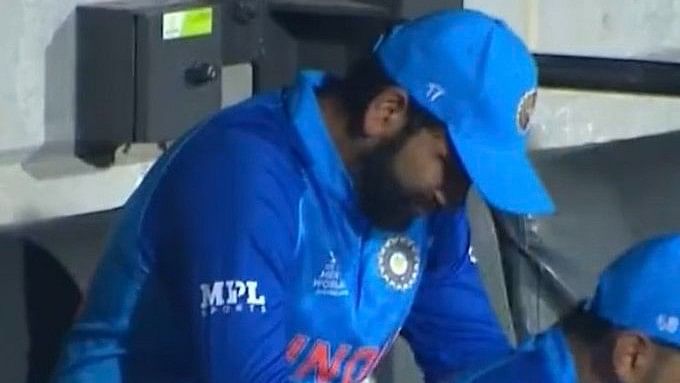