The 16-year old GM, the top-seed, was in fine form and remained unbeaten through the nine rounds. He finished the tournament with a win over fellow Indian V Praneeth, an International Master, late on Friday.

Praneeth with six points was joint third but was placed sixth due to an inferior tie-break score.

Apart from beating Praneeth, Praggnanandhaa posted wins over Victor Mikhalevski (in round 8), Vitaly Kunin (round 6), Mukhammadzokhid Suyarov (round 4), Semen Mutusov (round 2) and Mathias Unneland (round 1). He drew his other three games.

The Indian teenaged star has been putting in impressive performances in recent times and had beaten world number one Magnus Carlsen for a second time in the Chessable Master online event and lost a close final to China's Ding Liren.

The GM will be part of the India B team in the open event of the 44th Chess Olympiad in Chennai next month.

Praggnanandhaa's coach R B Ramesh congratulated him after the win and said it will help boost his confidence.

"Congratulations to him for the victory. He was the top seed, so it is not a surprise that he won the tournament. He played well in general, drew three games with black pieces and won the remaining games. It will help boost his confidence," Ramesh said. 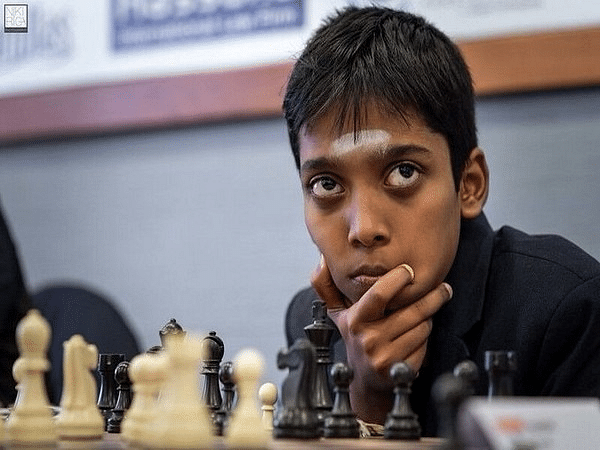