Netherlands coach Louis van Gaal has tested positive for COVID-19 and gone into isolation, disrupting his team's preparations for friendly internationals against Denmark and Germany.

The Dutch soccer association said in a statement that the 70-year-old Van Gaal tested positive on Tuesday morning.

Van Gaal's assistants, Danny Blind, Henk Fraser and Frans Hoek, will stand in for the coach as the Netherlands squad prepares to play Denmark on Saturday and Germany on Tuesday. Both matches are at the Johan Cruyff Arena in Amsterdam.

Van Gaal gave a news conference on Monday at which he sharply criticized staging the World Cup in Qatar.

The Netherlands, a three-time World Cup finalist, qualified for the tournament after missing the last edition in Russia. Van Gaal previously coached the Netherlands to the semifinals at the 2014 World Cup in Brazil. 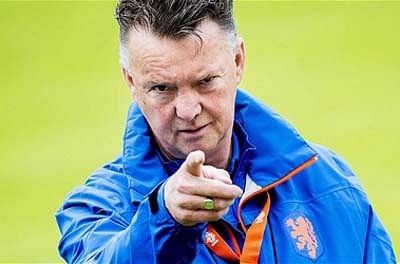