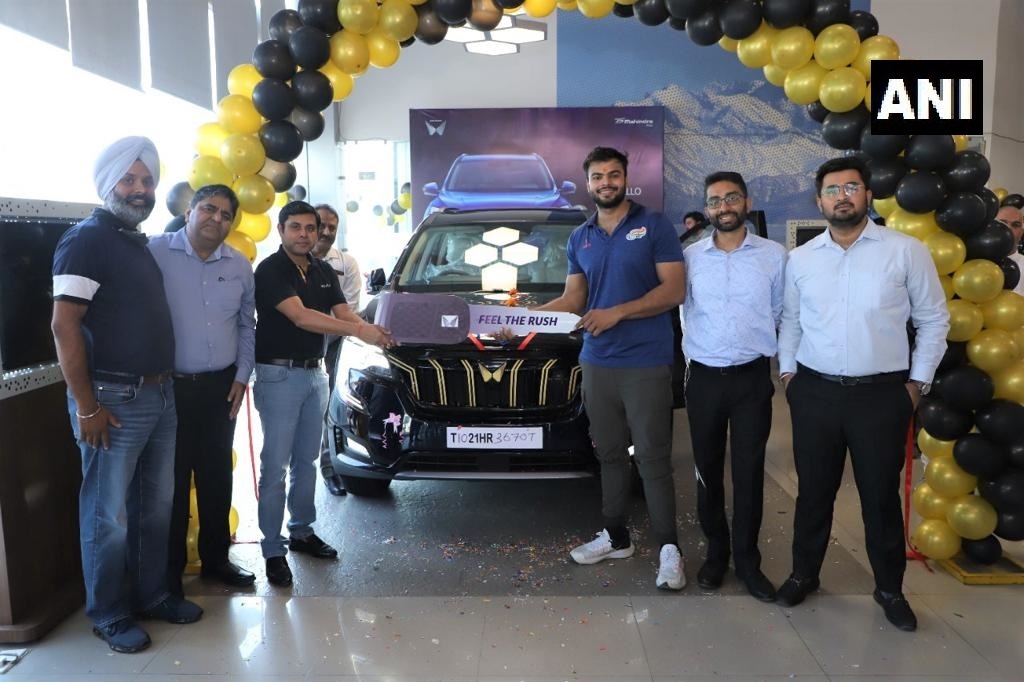 Thank you @anandmahindra ji for the new set of wheels with some very special customisation! I'm looking forward to taking the car out for a spin very soon. 🙂 pic.twitter.com/doNwgOPogp