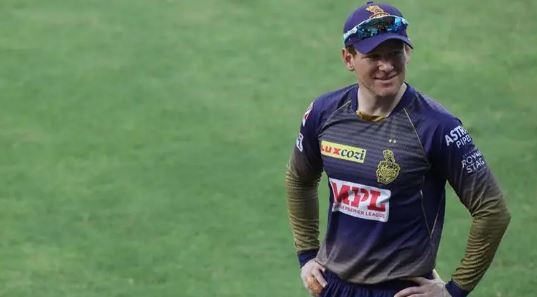 Abu Dhabi: Kolkata Knight Riders skipper Eoin Morgan has hailed his bowlers as superstars of the team, saying their outstanding performance in the last two IPL games has allowed the openers to play with freedom.

KKR bowlers had bundled out Royal Challengers Bangalore for a meagre 92 in their first game since IPL resumption and on Thursday restricted a marauding Mumbai Indian line-up to just 155.

Rookie Venkatesh Iyer (53) also left many in awe of his talent as he smashed a 27-ball 41 in the first game and then hit his maiden IPL fifty on Thursday to help KKR tame MI by seven wickets and enter the top-four in the points table.

“I don't think it's one player that's changed the outlook of the team. I think in the last two games, the superstars in our side have been the bowlers, they have been outstanding on really good wickets to bat on here at Abu Dhabi,” Morgan said at the post-match media conference.

“And I think that allowed our opening pair in (of) Shubman Gill and Venkatesh Iyer to go out and play their natural game.” Morgan lavished praise on the lanky south-paw Iyer for his “imposing” innings at the top of the order.

“I think Venkatesh played an innings today that would match a guy who's played possibly 50 IPL games. The freedom in which he has played with has really ... it was quite imposing as a batsman at the top of the order to be able to do that and today was no different,” he said.

“He's continued on his form from the first day. So, I don't think it's one player, I think it's collectively, I think it is set up by our bowling line-up which was magnificent again.” Morgan also lauded the bowlers for executing the plans “unbelievably well”.