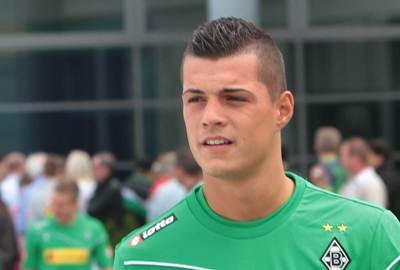 Berlin:  German football club Borussia Monchengladbach midfielder Granit Xhaka will be out of action for a few games due to an ankle injury.

The Swiss international tore his ligament a capsule in his right ankle, during the goalless top of the table clash against front-runners Bayern Munich Sunday, Xinhua quoted the German club as saying Monday.

The 22-year-old midfielder twisted his right ankle during a tackle with Bayern Munich striker Robert Lewandowski. Xhaka was visibly in pain but had to complete the game as coach Lucien Favre had already made three substitutes.

The injury blow is a setback for the coach, as Xhaka has played every minute of all 15 games this season so far.

Monchengladbach sit in second place of the Bundesliga standings with 17 points, only four points behind German giants Bayern Munich.