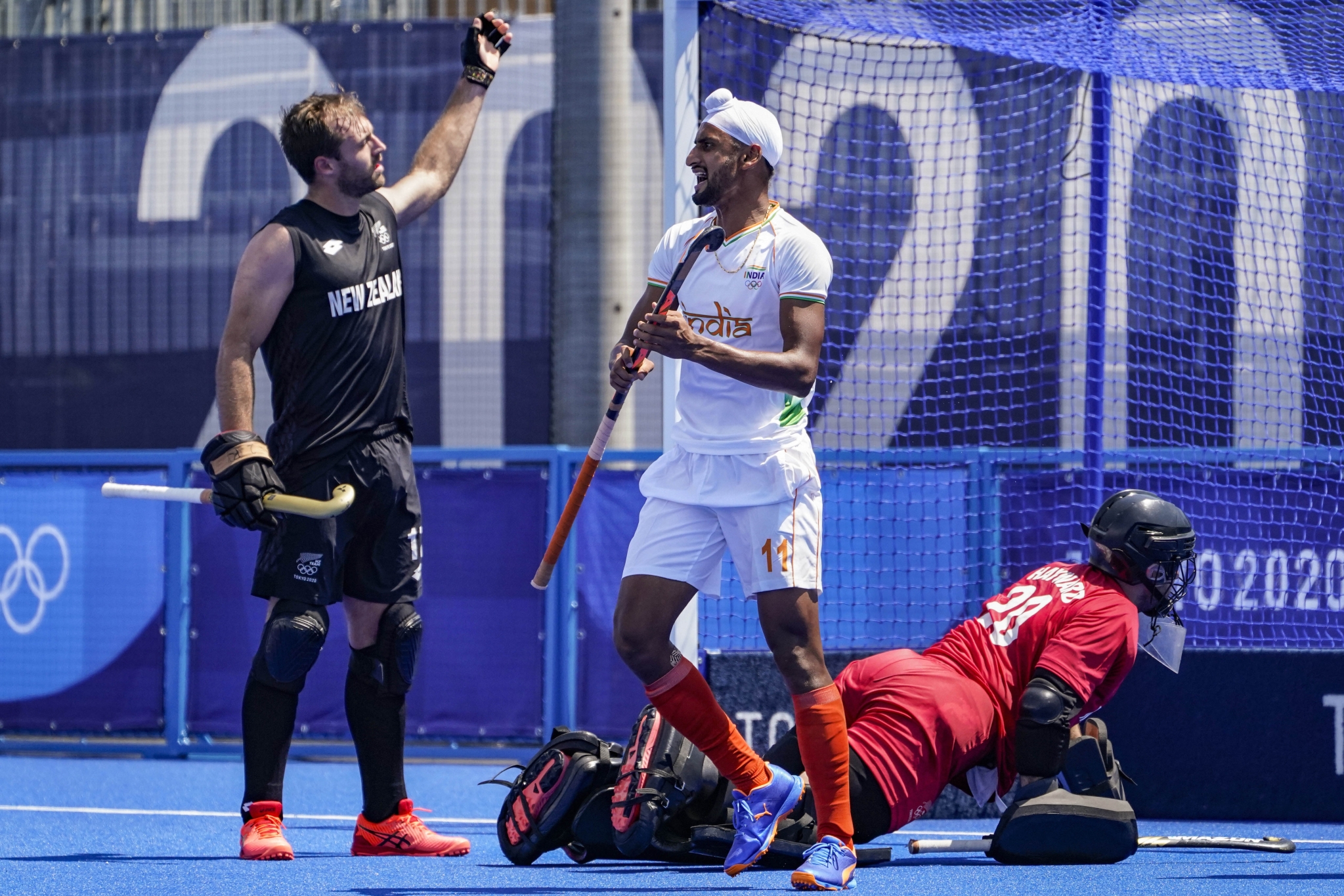 Tokyo: Mixed day of fortune for the Indian hockey teams as the men prevail over New Zealand 3-2, while Indian women found Netherlands too hot to handle, as they lost 1-5 in Olympic hockey openers, here on Saturday.

India's lone goal was scored by skipper Rani Rampal in the 10th minute.

It was a closely-contested affair till the first two quarters with the brave Indian defence, led by goalkeeper Savita Punia, showing tenacity to thwart Netherlands' persistent raids.

The Indians too showed spark in between and mostly relied on counter attacks to surprise their opponents.

As expected, the Netherlands took the lead in the sixth minute through Albers, tapping in from close range a diagonal ball before the advantage was evened out by Rani Rampal in the 10th minute with a hit from the top of the circle.

Thereafter, it was all Netherlands who continuously attacked in numbers and in the process secured four penalty corners.

Harmanpreet Singh scored a brace and veteran goalkeeper P R Sreejesh stood like a wall in the closing minutes as the Indian men's overcame a late surge from New Zealand to eke out a close 3-2 win.

Harmanpreet (26th and 33rd minutes) scored a double for India, while Rupinder Pal Singh (10th) was the other goal-getter for the eight-time former champions, currently ranked fourth in the world, in the Pool A match at the Oi hockey stadium here.

For the eighth-ranked New Zealand, Kane Russell scored from a penalty corner in the sixth minute before Stephen Jenness (43rd minute) reduced the margin of defeat later in the match.

India will next play mighty Australia on Sunday.