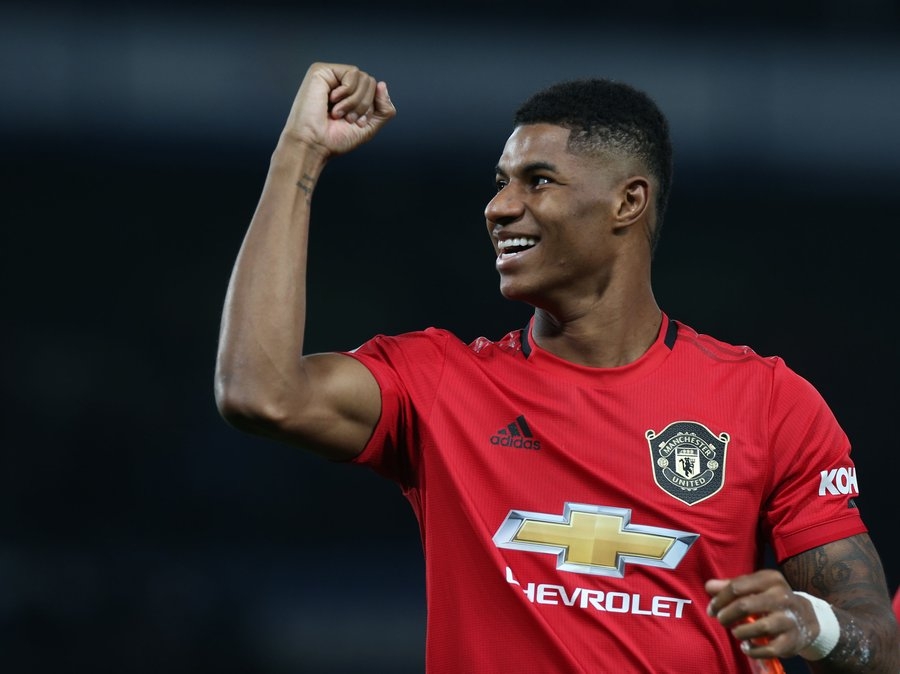 Manchester United striker Marcus Rashford is set to become the youngest person to receive an honorary doctorate from the University of Manchester for his campaign against child poverty during the ongoing coronavirus pandemic.

The 22-year-old Rashford forced a government U-turn last month after he wrote an open letter to legislators asking for the reversal of a decision not to award free school meal vouchers to vulnerable children outside term.

"We still have a long way to go in the fight to combat child poverty in this country," Rashford said, "but receiving recognition from your city means we are heading in the right direction and that means a lot. Thank you to the University of Manchester."

The Manchester-born player said his family relied on free school meals when he was growing up.

According to the United's official website, Rashford wrote an open letter to Members of Parliament about his personal experiences of using food banks and that influenced a change in government policy, enabling children who have free school meals in term-time to continue receiving them during the summer.

In addition, his collaboration with poverty and food waste charity, FareShare, led to 20 million pounds being raised in financial and food donations and 3.9 million meals being distributed to vulnerable people every week during the COVID-19 crisis.

"Marcus is an extraordinary young man with an extraordinary talent and drive that stretches well beyond the football field," said Prof. Nancy Rothwell, president and vice chancellor of the University of Manchester.

"His work for charity and his high-profile campaign will not only help countless young people across our own city, but across the entire country."

The 22-year-old will follow in the footsteps of Manchester United legends Sir Alex Ferguson and Sir Bobby Charlton by receiving an honorary doctorate, the highest honour the university can bestow.