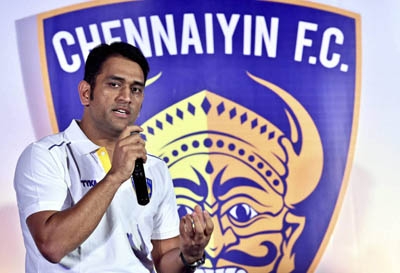 Mumbai: Indian midfielder Harmanjot Singh Khabra, who plays for Chennaiyin FC in the Indian Super League (ISL), said coach Marco Materazzi has embedded in him the mentality to win. Khabra was instrumental in Chennaiyin’s success last year. The East Bengal medio provided the highest number of assists as an Indian in the league.

“I have learnt a lot from Marco, specially I’ve learnt about his winning mentality, the fire inside his heart. He has always taught me to challenge top players. He is like my brother, always helping me out. He tells me, ‘Just remember you are the best’.”

Speaking on coming back to the ISL for a second season Brazilian star Elano, who was last season’s top goal scorer, said: “Marco got me here again, I had told him I would come. I have worked with the World champions for so many years and now my main objective here is to win the trophy.”

Last year, Chennaiyin crashed out of the league in the semis, losing out to the Kerala Blasters but Materazzi believes this year too they will be strong contenders to clinch the title.

“We were unlucky to lose important players at a crucial juncture of the tournament last year. And then we did not play well in Kerala, but we did show character, we probably deserved being in the final but this year we will try again.”

The coach also believes Stiven Mendoza coming back to the league for the Chennai outfit will be “crucial”. The Colombian forward had scored four goals last season from nine games.