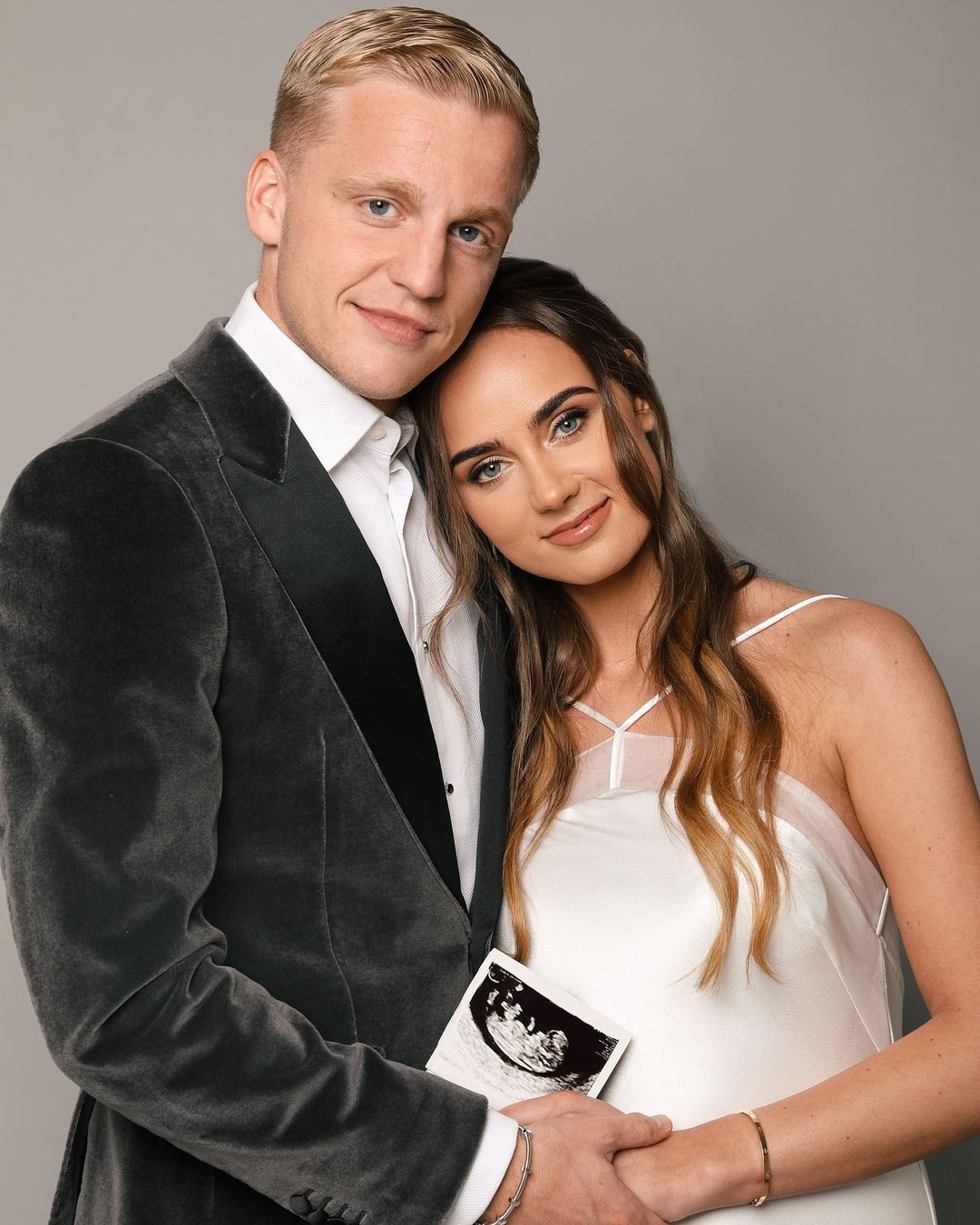 Estelle, 25, is the daughter of Arsenal legend Dennis Bergkamp. The 52-year-old former striker, who scored 87 league goals in 315 Gunners matches, will become a grandad in the new year.

Alongside a picture of the couple together holding onto an ultrasound scan picture, Van de Beek wrote: 'Happy to announce that we’re expecting a little one.

Van de Beek's United teammates Jesse Lingard, Alex Telles and Diogo Dalot were among those to congratulate the couple on their big news.