It was the second match this season that Lyon was involved in fan riots.
IANS 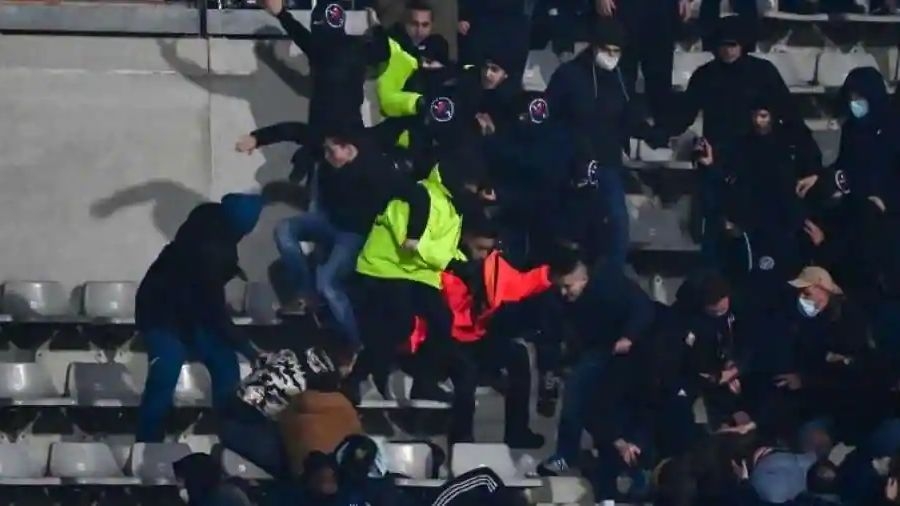 Paris: Lyon and second-tier Paris FC were both thrown out of the French Cup for the fan violence that forced their December 17 match to be called off at half-time.

The disciplinary commission of the French Football Federation (FFF) announced the decision late on Monday after a meeting regarding the hooliganism in which the fans poured onto the pitch at Charlety Stadium, launching flares and fighting each other when the two sides tied 1-1 into the break.

The FFF statement said, "it had decided that the two clubs are responsible for the incidents" and both the sides would be expelled from the tournament, which means Nice, drawn to face the winner of the tie in the next round, go straight through to the last-16.

Lyon would also not be allowed fans at away games in the Ligue 1 for the rest of the season and were fined 52,000 euros. The club themselves had already announced to temporarily ban all supporters from away games, Xinhua reports. For hosts Paris FC, the FFF fined them 10,000 euros and punished them to play five matches behind closed doors.

It was the second match this season that Lyon was involved in fan riots as they had a point deducted in the league earlier after their home game against Marseille was abandoned after Marseille captain Dimitri Payet was hit on the head with a plastic bottle thrown from the stands.