The banner appeared to show Origi's head photoshopped onto a naked body alongside the Champions League trophy. It was removed before the start of the match, which Liverpool won 4-1.
PTI 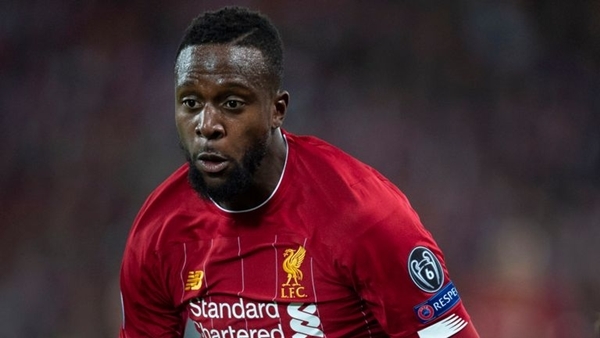 Genk: Liverpool condemned a "racist" banner depicting Divock Origi that was displayed in the away end before their Champions League clash with Genk in Belgium on Wednesday.

The banner appeared to show Origi's head photoshopped onto a naked body alongside the Champions League trophy. It was removed before the start of the match, which Liverpool won 4-1.

A club statement said: "Liverpool Football Club condemns the offensive banner displayed in our section of the ground, prior to kick-off. "To be clear, the image used perpetuated a racist stereotype. This is completely unacceptable.

"We acted swiftly to have the banner removed and we are now woring with the local authorities and stadium team in Genk to identify those responsible.

"Any subsequent action will be taken in keeping with our sanctions process." Asked for his reaction after the game, manager Jurgen Klopp replied:

"I didn't see it yet but I heard we already gave a statement so I have nothing to add."Liverpool went on to win the game 4-1 and Origi came on as a second-half substitute.

A player in the Genk academy as a youngster, the Belgian international was given a warm welcome from the home supporters when he came on and at the end of the match.