‘Lionel Messi will return in less than two months’ 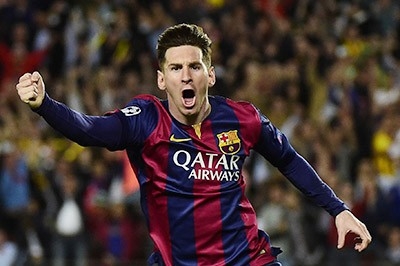 Buenos Aires: Argentina football team doctor Donato Villani said he is confident that injured Barcelona star Lionel Messi will return to action in less than two months. Messi is set to miss the next seven-to-eight weeks after suffering a tear in the internal collateral ligament of his left knee in Barcelona’s 2-1 win over Las Palmas on Saturday. “For years I’ve known Leo and I have no doubt that he will be ready in the shortest possible time of the injury, perhaps before that period of six-to-eight weeks,” Villani was quoted as saying by ole.com on Sunday. The 28-year-old’s injury is a blow for both Barca and Argentina but Villani believes the Argentina national team captain will return quicker than expected. “He gets mad when he cannot play. The desire to play again and the will to heal can influence. There is a break in need of surgery. It heals with rest as a first step and then kinesiology,” Villani said.