Leander Paes and Bopanna clinch titles in Auckland and Sydney 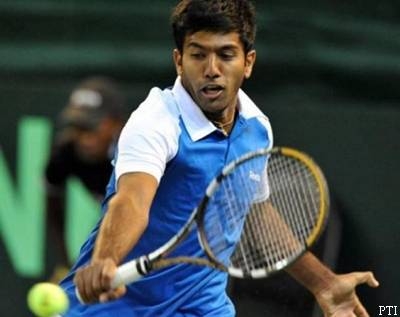 Sydney/Auckland: India’s doubles star Leander Paes and Rohan Bopanna warmed up for the next week’s Australian Open in great style as they won ATP titles with their partners in Auckland and Sydney respectively.

Paes captured 55th title of his career as he triumphed at the Heineken Open with new partner Raven Klaasen while Bopanna clinched the Apia International with Canada’s Daniel Nestor.

Paes and South Africa’s Klaasen, seeded fourth, overcame a fighting combo of Dominic Inglot and Florin Mergia 7-6 (1) 6-4 in the final of the USD 519,395 in the Auckland ATP event.

They surely go into the first Grand Slam of the season as serious contenders. The new pairing has clicked in no time as they had ended runners up the Chennai Open, which was their first tournament together.

Paes, who has now won a title every year since 1997, was all praise for his new partner. “The best part about Raven is that he’s a student of life, he’s a student of the game and the amount he’s improved in the last 14 days. Every day we’ve gotten a better understand of our team, a better understand of the way we play
and how we play against different teams,” Paes said.

“We’re really happy, but at the end of the day, it’s a long season. We keep each other happy. We’ve got to take it to them every day that we play.” Meanwhile in Sydney, The third-seed team of Bopanna and Nestor defeated second seeds Jean-Julien Rojer and Horia Tecau 6-4 7-6(5) in one hour and 26 minutes, converting three of their seven break point chances and winning 91 per cent of their first serve points.

“Since we started together this year, we’ve been working hard. Playing with a guy like Danny, with so much experience, I think it really helps my game. I just have to focus on my side of the court and that makes it much easier,” Bopanna said.

“In these big matches, big moments, he keeps me relaxed and I can play my best tennis. That has helped us this week and I hope we can continue like that.”

It was a great week for Indian tennis as Sania Mirza and her American partner Bethanie Mattek-Sands had won the Apia International yesterday.