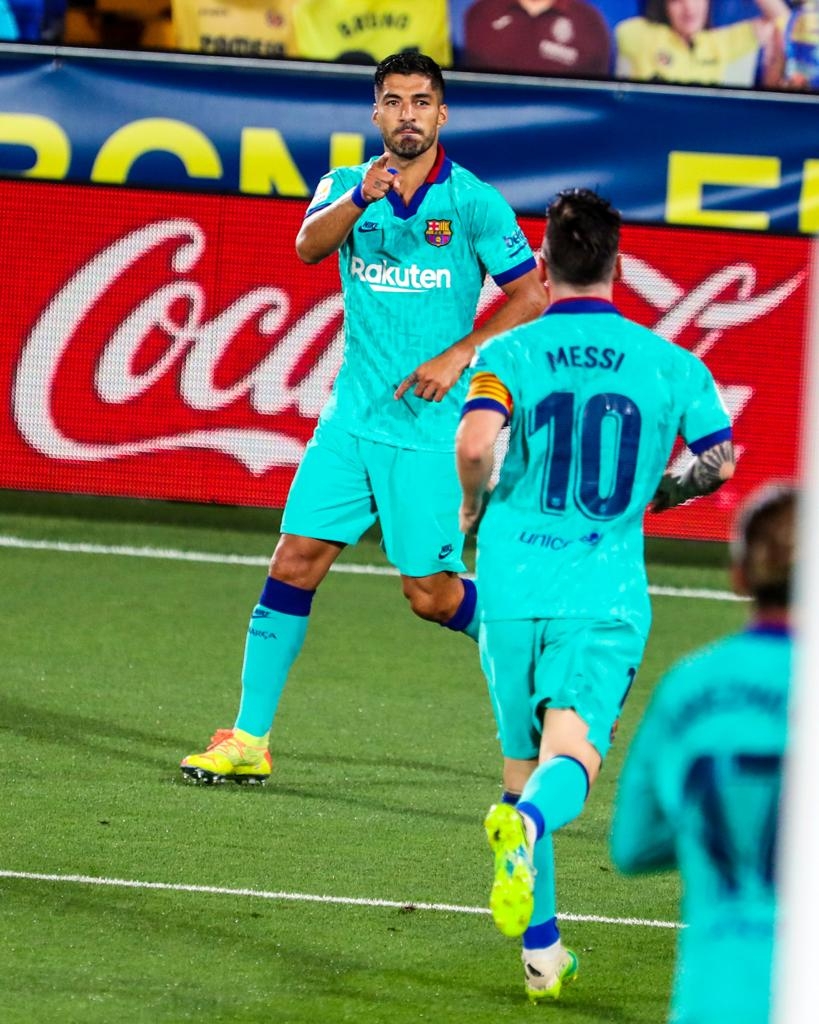 Luis Suarez's 55th-minute goal gave FC Barcelona a narrow win at home to local rivals Espanyol to pull his club to within a point of Real Madrid at the top of La Liga while at the same time condemning their neighbours to relegation to the Spanish second division.

Although Barca controlled most of the ball in the first half and Antoine Griezmann went close after being set up by Suarez, they were too slow with their passing to open up an Espanyol side that created the best two chances on the break during Wednesday's encounter, reports Xinhua news agency.

Marc Andre Ter Stegen did well to stick out a foot to deny Espanyol winger, Adrian Embarba, and then did even better to stop Clement Lenglet putting into his net after an Espanyol break started by Raul de Tomas.

The loose ball then fell to Didac Vila, who was unlucky to see his effort go wide after hitting the post.

The game changed drastically in the first five minutes in the second half with both teams reduced to 10 players. First, Ansu Fati, who had replaced Nelson Semedo at the break, was sent off for a challenge with his studs up, and a minute later Espanyol was also down to 10 after Pol Lozano also went over the top of Gerard Pique.

The sendings off meant there was more space on the pitch, and Suarez took advantage in the 55th minute as he beat Diego Lopez after the Espanyol keeper had saved Lionel Messi's shot.

Lopez did well to save Messi's volley in the 68th minute as both sides began to visibly tire, with Barca making some uncharacteristic errors in their passing.

Wu Lei came on for Espanyol with five minutes remaining, but the visitors' best chances all fell to the impressive Raul de Tomas, who drew a decent save from Ter Stegen in the 89th minute.

By then, it was too late, and Espanyol remain with a paltry 24 points from 35 games, while Barca's slim title hopes remain intact.

Wednesday's two other matches saw Villarreal take a big step closer to Europe with a 3-1 win away to Getafe, thanks to two Santi Cazorla penalties and a Ruben Pena goal. Hugo Perales netted for Getafe and Villarreal's Vicente Iborra, and Getafe's Allan Nyon were both sent off for an altercation after the final whistle.