La Liga: Clasico to be played on December 18 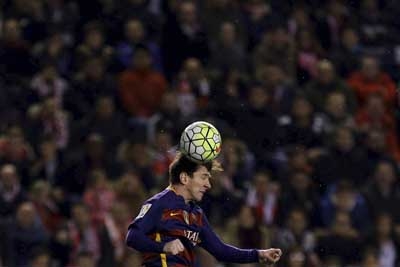 Madrid: The rearranged Clasico between Barcelona and Real Madrid will be played on December 18 despite opposition from La Liga, the Spanish Football Federation (RFEF) confirmed on Tuesday.

Spain's most prestigious fixture, which was due to take place at Camp Nou on Saturday, was postponed last week because of violent pro-independence protests in Catalonia. La Liga had proposed December 4 or 7 and may decide to appeal.

"The decision of the Competition Committee has taken place after analysing in recent days the proposals of both clubs, who were invited to agree a date and decided on December 18," an RFEF statement read.