Barjuan, who made 382 first-team appearances for the Barcelona, will be entrusted with the responsibility of the first team until a long-term replacement is found for Koeman.
FPJ Web Desk 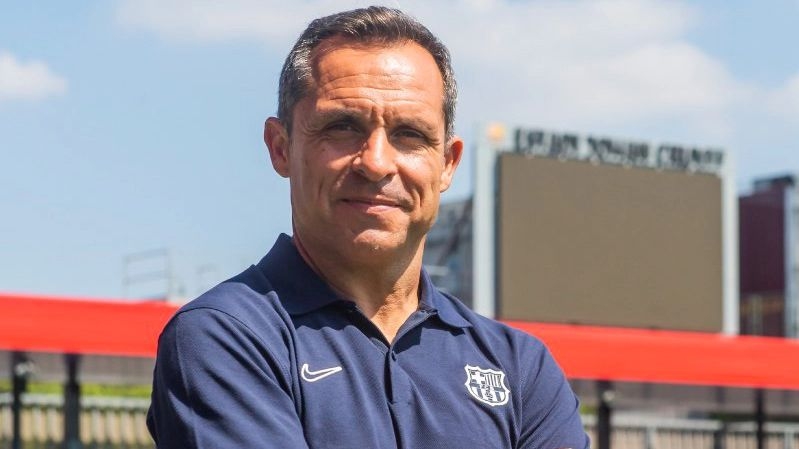 The 49-year-old Barjuan, who made 382 first-team appearances for the club, will be entrusted with the responsibility of the first team until a long-term replacement is found for Koeman, who was expelled from his job few hours after Barca's 1-0 loss to Rayo Vallecano.

"FC Barcelona hereby announces that Sergi Barjuan, the current coach of Barca B, shall be taking provisional charge of the technical management of the senior squad. His interim position as first-team head coach shall end as soon as the club has hired a full-time head coach to replace the dismissed Ronald Koeman," said the FC Barcelona website.

Before taking the charge of the Barca-B team this summer, the 49-year old had worked with the club's youth system and also with Recreativo Huelva, Almeria, Mallorca and the Chinese side, Zhejiang Professional Football Club, where he enjoyed only a moderate degree of success.

He will be in charge for Saturday's (October 30) La Liga match at home turf to Alaves and possibly for the vital Champions League visi to Dynamo Kiev on Tuesday (November 2), and also during the league visit to Vigo the following Saturday (November 6).

These three matches will be followed by the next international break and the club will hope to have a long-term replacement manager by the time they contest local rivals, Espanyol on November 20.

Ex Barcelona midfielder Xavi Hernandez is the front runner for the long-term role, with the 41-year-old, who is synonymous with the team's passing game, just a week ago, expressing his ambition to coach the side.

Xavi is currently working with Qatari club Al-Saad as a coach but is thought to have a clause that would allow him to join Barcelona FC.