Kuldeep picked for ODIs on past performances, will he deliver? 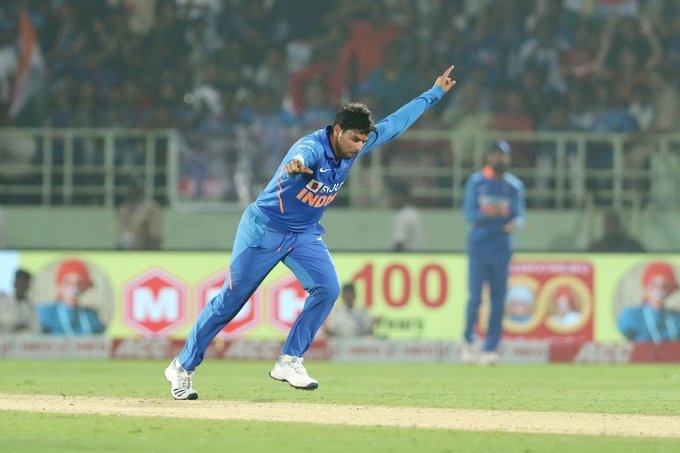 Chinaman bowler Kuldeep Yadav had been at the forefront of India's spin attack since June 2017 when skipper Virat Kohli decided to draft him and leg-spinner Yuzvendra Chahal in place of R Ashwin and Ravindra Jadeja, even leading them to a historic ODI series win over South Africa in 2018. But over the past one year, his form and luck have waned.

His past performances and captain Virat Kohli's preferences seem to have influenced selectors to pick him in the India ODI side for Australia, although his form of late hasn't been good in that format. Kuldeep hasn't been included for the subsequent T20 series.

Since his thrashing at the hands of England in the 50-over World Cup last year when he gave away 72 runs in 10 overs, the left-arm unorthodox spinner has failed to make as good an impression in the ODIs as he earlier had.

He got whipped for 84 runs in 10 overs in the last ODI he played, in Hamilton. Even in the four ODIs before that -- all at home against Australia and WI -- he conceded runs without taking many wickets.

Clearly, his skills in the ODIs have waned, of late, and the only reason he could be travelling with the team is that there aren't many other experienced wrist-spin options for India in the ODIs.

Although on Australia's bouncy surfaces, wrist spin will hold the key, India could have tried experienced off-spinner R Ashwin, who has had an impressive IPL outing with Delhi Capitals by taking 13 wickets in 13 matches. Ashwin picked many of his wickets through pure traditional, off-spinner's skills.

Kuldeep's chances of making a comeback in India's T20 side, where he had been reasonably good until his last two internationals, has been hindered by his franchise Kolkata Knight Riders (KKR) not playing him much this season as they already had two quality bowlers who could dish out mystery spin.

A look at the list of wicket-takers in the IPL this season shows Kuldeep at the 70th position. Even in the five games he played, he took only one wicket.