Ken Block was riding a snowmobile up a steep slope in Utah, when the vehicle upended and landing on top of him, killing him almost instantly.

US action sports legend Ken Block has died in a snowmobile accident near his home in Utah. He was 55. The incident took place early Tuesday morning. Block was the co-founder of Hoonigan racing and skate-wear clothing brand DC shoes. Block was known for his 'Gymkhana' video on YouTube and Amazon Prime.

Block was riding a snowmobile up a steep slope in Wasatch County, Utah, when the vehicle upended, landing on top of him, the local sheriff's office wrote on Facebook.

He was pronounced dead at the scene from the injuries he sustained.

"It's with deepest regrets that we can confirm that Ken Block passed away in a snowmobile accident today," the statement from Hoonigan read.

"Ken was a visionary, a pioneer and an icon. And most importantly, a father and husband. He will be incredibly missed." 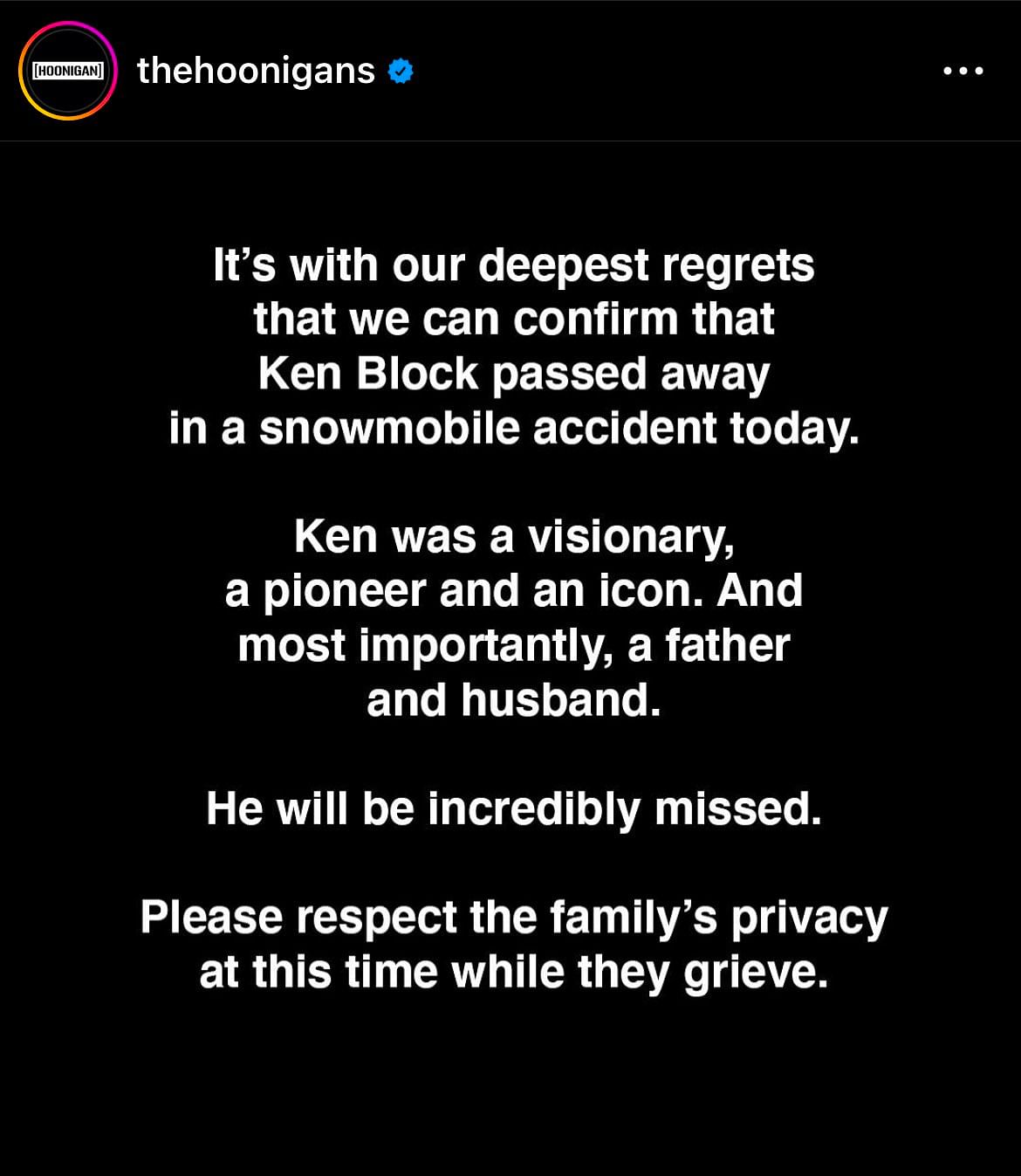 Who was Ken Block?

Ken Block was known for his drifting skills on four wheels. He was a legend in World Rally Championships and was a five-time X-Games medalist in Rally Cross.

He began his career in pro rally racing in 2005 and became a podium threat in the span of just five years. Block was named Rally America Championship's Rookie of Year in 2005.

He also competed in other actions sports, including motocross, skateboarding and snowboarding.