Germany are six-time winners of the tournament
Agencies 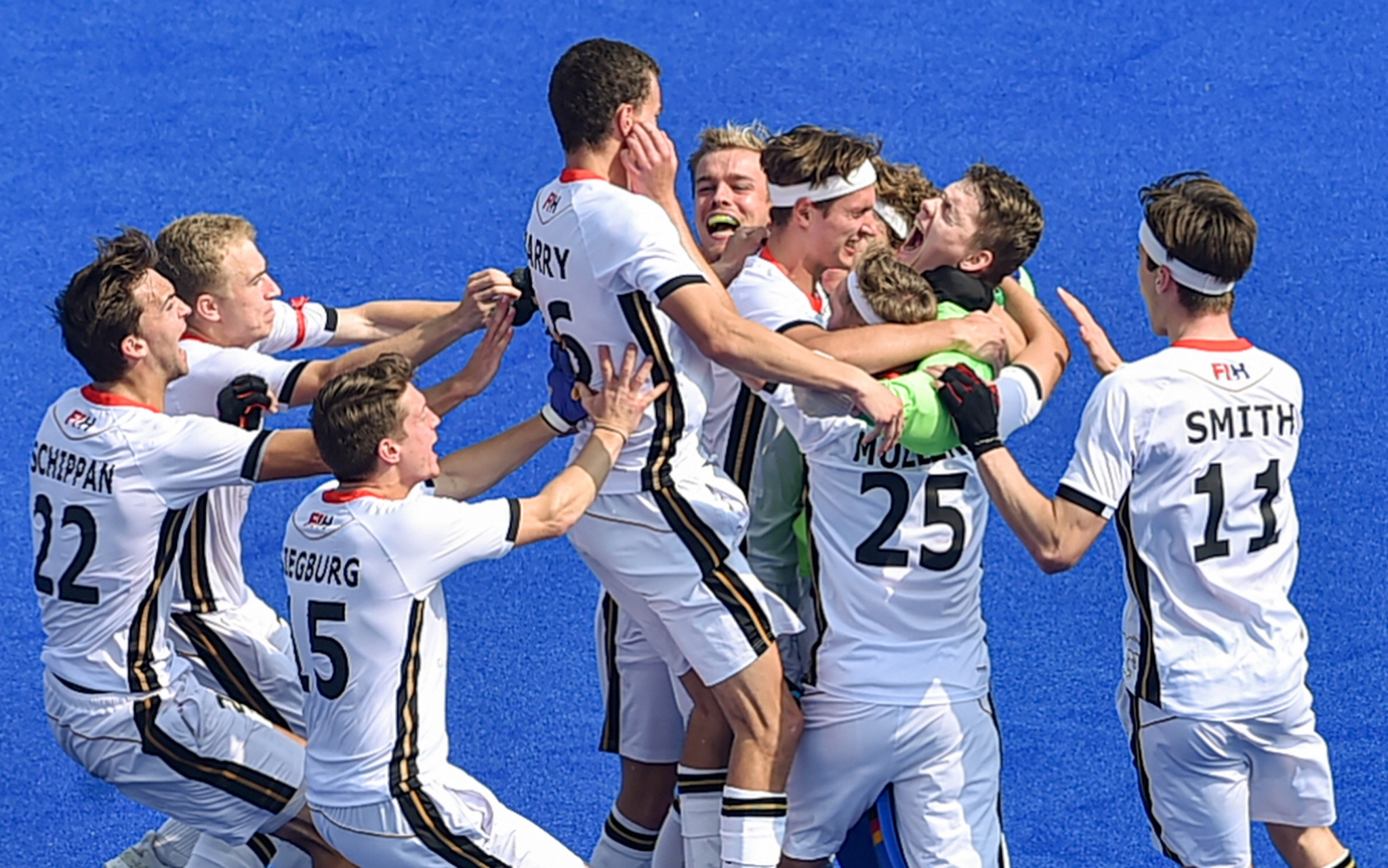 Six-time champions Germany eked out a narrow 3-1 win over Spain in the shoot-out after both the teams were locked at 2-2 in regulation time to progress to the semifinals of the FIH Junior's Men's Hockey World Cup here on Wednesday.

Germany took the lead from a penalty stroke through Christopher Kutter in the fifth minute but the lead was shortlived as Ignacio Abajo equalised for Spain from a penalty corner six minutes later.

After a barren next two quarters, it was Spain who shocked the Germans in the 59th minute when Eduard de Ignacio-Simo scored a fine field goal to give his side the lead.

But there was more drama in store as just at the stroke of the hooter, Germany secured a penalty corner and Masi Pfandt stepped up to take the match into shoot-out.

In the shoot-out, Paul Smith, Michel Struthoff and Hannes Muller found the back of the net, while Matteo Poljaric missed.

Spain was awful from the one-on-one situation as Abajo, Guilermo Fortuno and de Ignaci-Simo missed while only Gerard Clapes scored.

Germany is the most successful team in the history of the Junior World Cup having won the tournament six times.

The Germans won consecutive titles in 2009 and 2013 in New Delhi, which was their last crown.

Germany secured the bronze medal in the last edition of the tournament in 2016 in Lucknow.