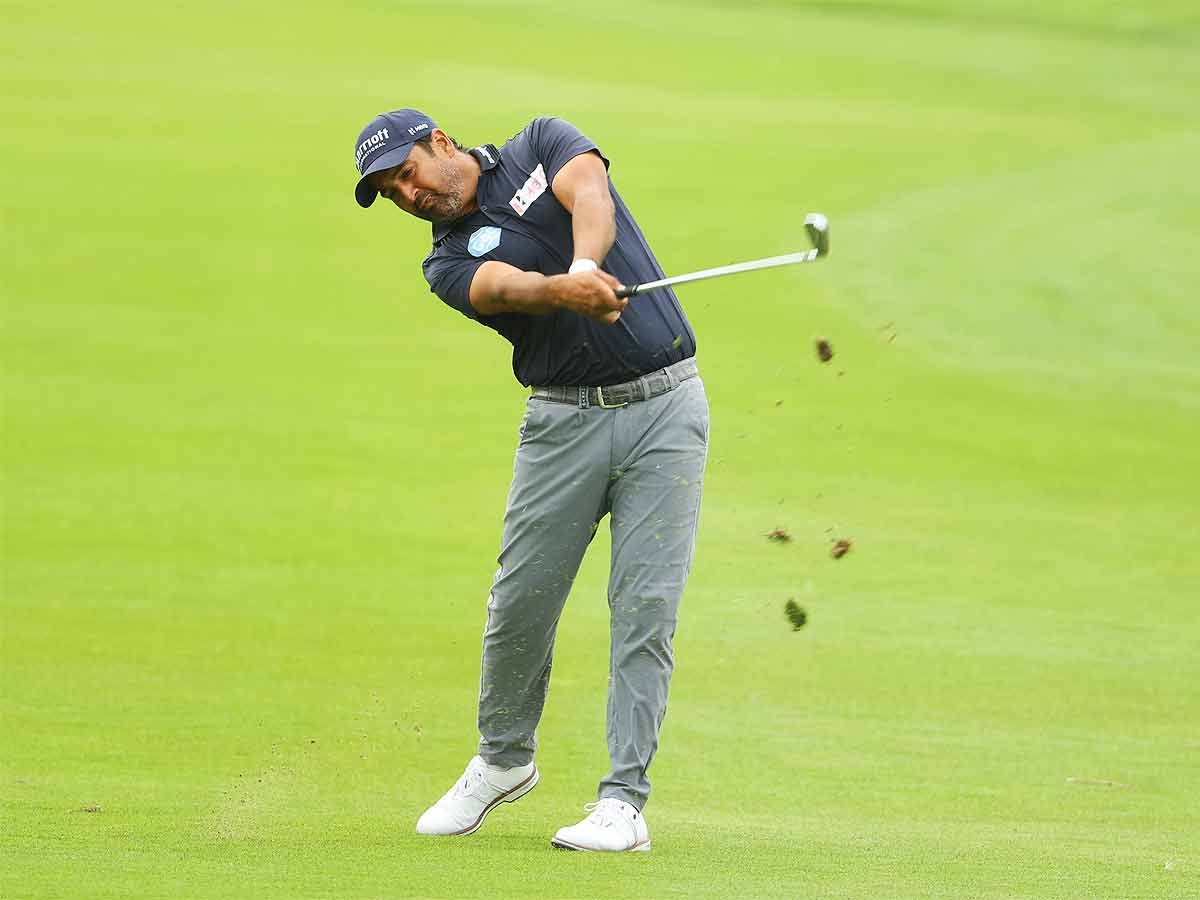 Shiv Kapur prevailed over Rashid Khan in a playoff at the Rs. 1.5 crore Jeev Milkha Singh Invitational 2021 to register his first ever win at a PGTI event in Chandigarh on Sunday.

The tournament was decided in a playoff for the fourth year in succession.

Shiv, a six time international winner, who also has two previous wins on the Indian domestic tour to his name, came up with a brilliant second shot from the rough to make a two-putt for par on the playoff hole (18th hole) even as two-time Asian Tour winner Rashid hit his second shot into the water which effectively ended his challenge.

Earlier in the day, the 39-year-old Shiv, the overnight leader by one shot, struggled with his hitting and as a result dropped three bogeys on the front-nine with just one birdie in exchange.

A monster 50-feet birdie conversion on the 11th seemed to be the defining moment of the day for him.

Thereafter, Kapur kept landing it within six feet to pick up birdies on the 13th, 16th and 17th.

He missed a four-footer for birdie and outright victory on the 18th but came back stronger in the playoff to lift the title at his close friend Jeev Milkha Singh's event and take home the winning cheque worth Rs. 24,24,750.

Kapur said, "It was not my prettiest round of golf. I had no rhythm and was all over the place to begin with. The first bit of good luck I had was with the long putt on the 11th." "That's when I told my caddie that this is like the fourth quarter of a basketball game and we can get back. I then had a good back nine and am proud of the way I came back and won despite not having my A game. I was pretty happy with the way I played the last three holes." "Winning Jeev's event is also special since he's like my elder brother and his family is like my second family. Without Jeev's guidance I wouldn't be half the player I am." Khan, who was two shots off the lead at the start of the day, went steady on the front-nine with two birdies and a bogey before emerging as a hot contender for the title with a much better back-nine that saw him make three birdies.

Khan, a three-time PGTI Order of Merit champion, sank a 30-feet birdie putt on the 17th. He made par on the 18th but found the water with his second shot on the playoff hole where he had a bad lie.

Khan had earlier lost out in a marathon playoff to Ajeetesh Sandhu at the 2019 edition of the event. He took home a prize money cheque worth Rs. 16,74,750, while climbing from 16th to seventh position in the PGTI Order of Merit.

While Pune-based Udayan Mane ended third, two shots behind the winner, Chandigarh's Aadil Bedi, who was overnight second and one off the lead, closed the week in fourth after his final round of 72 took his tally to 16-under 272.

Kshitij Naveed Kaul of Delhi was fifth at 15-under 273.

The four Chandigarh golfers, other than Aadil, who finished inside the top-10 were Yuvraj Singh Sandhu (tied sixth at 12-under 276), Abhijit Singh Chadha (eighth at 11-under 277), former champion Ajeetesh Sandhu and last year's champion Karandeep Kochhar (both tied 10th at nine-under 279).

Kochhar continues as the PGTI Order of Merit leader with season's earnings of Rs. 49,59,880.

Among the other marquee names in the field, Gaganjeet Bhullar shot the day's best score of 66 to finish tied 13th at eight-under 280, SSP Chawrasia and former champion Chikkarangappa were both tied 16th at seven-under 281 while Jyoti Randhawa was tied 33rd at three-under 285.

US-based Varun Chopra won the trophy for the best performing amateur as he closed the week in tied 26th at four-under 284.