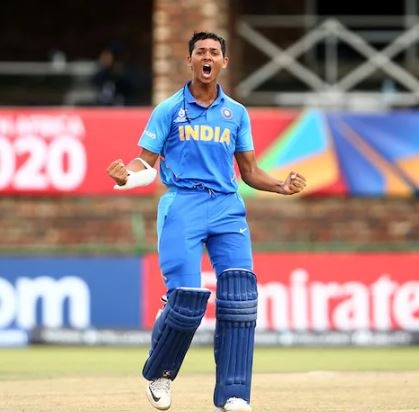 Muscat: Yashasvi Jaiswal's stroke-filled 75 coupled with an impressive show by the bowlers, led by skipper Shams Mulani (3/12), formed the cornerstone of Mumbai's 18-run win over Oman in the second T20 game here on Thursday.

Put into bat, Mumbai rode on Jaiswal's 75 off 59 balls to post 162 for six and then the bowlers triggered a middle-order collapse and restricted the hosts to 144 for nine.

However, Jaiswal anchored the innings, striking eight fours and two sixes, as he took on the opposition bowlers with gusto.

Jaiswal found an able ally in Arman Jaffer (20 off 21 balls) as the duo tried to steady the ship with their 40-run fourth-wicket stand.

Jaffer, however, lobbed a return catch to spinner Aaqib Illyas (2/32) as Mumbai slipped to 72 for four. Mulani (11) then became Illyas's second victim.

But Jaiswal and Aman Khan (31 not out off 15 balls; 2x4; 2x6) had other plans as they added 53 runs for the sixth wicket and ensured that their bowlers had something to defend.

Sujit Nayak (13 not out) too played his part to perfection.

But once the openers were dismissed, Mumbai kept making regular in-roads as Oman failed to capitalise on the strong start and slipped to 120 for four. It soon became 127 for seven.

Mulani, a slow-left-arm orthodox bowler, was well supported by Nayak (2/10).