'It doesn't mean a lot': Daryl Mitchell on missing out on double ton as New Zealand post 553 England in 2nd Test

New Zealand all-rounder Daryl Mitchell stated he was not worried over falling ten runs short of what could have been his maiden double century in the longest format of the game during day two's play of the second Test against England.

After resuming day two of the Test at Trent Bridge from 81, Mitchell muscled his way to 190, his second hundred in consecutive innings on the ongoing tour, as the visitors posted 553, their highest total in the format on English soil.

"To be honest, a double-hundred personally doesn't mean a hell of a lot, it was just nice to contribute to a score that can help win us a Test match. Anything over a hundred's pretty good, so I was just trying to do a good job for the team, and it's always good fun batting with (Trent) Boulty at the end there, he always provides a bit of entertainment," said Mitchell after stumps on day two.

Through his unbeaten 16, Boult equalled the tally of 623 runs by Sri Lanka spin legend Muttiah Muralitharan for the most runs made by a number eleven batter in Test cricket. Asked about the same, Mitchell remarked, "I've spent the last two months with Trent at the IPL and I reckon he's mentioned it every day, that he wants that record. I think it's an amazing achievement.

"Even though he probably carries on I think he's a really good batsman and I love the energy he brings, it's awesome fun batting with him. But it's something we definitely discussed over many a coffee at the IPL for the last two months. Maybe he'll go for the No. 10 record now, who knows!"

En route to 190, Mitchell benefitted from England's generosity in the field, dropped on three on Friday and on Saturday, was given a reprieve on 104 when Joe Root spilled a catch at slips. When England came out to bat, Mitchell dropped catches of Alex Lees and Ollie Pope as England ended day two at 90/1 in 26 overs. He shared stands of 236 and 91 with fellow centurion Tom Blundell (106) and debutant Michael Bracewell (49).

"It's the nature of Test cricket, there's always little moments you've got to keep trying to get through and whether it's trying to cash in to put pressure on them or absorbing them bowling good spells and trying to dry the run rate up.

"But that's the wonders of Test cricket, and that's why we love the game, it's the little games within a game. It was cool to get through a couple of those moments and do a job, and nice for us to get a big total on the board that allows us to be aggressive with the ball."

When England came out to bat, Mitchell dropped catches of Alex Lees and Ollie Pope at slip as England ended day two at 90/1 in 26 overs. "I think that's the nature of the game, anyone who's played cricket has dropped a catch in their life. For me, I can't control what happens now but it's just concentrating on the next one and taking the next one. It's just the game of cricket.

"The first one I probably catch nine times out of 10, and the second one's a reaction catch that either sticks or it doesn't. For me, I've trained to play Test cricket and play five days and do this job, so it's just the nature of the game that we play," concluded Mitchell. 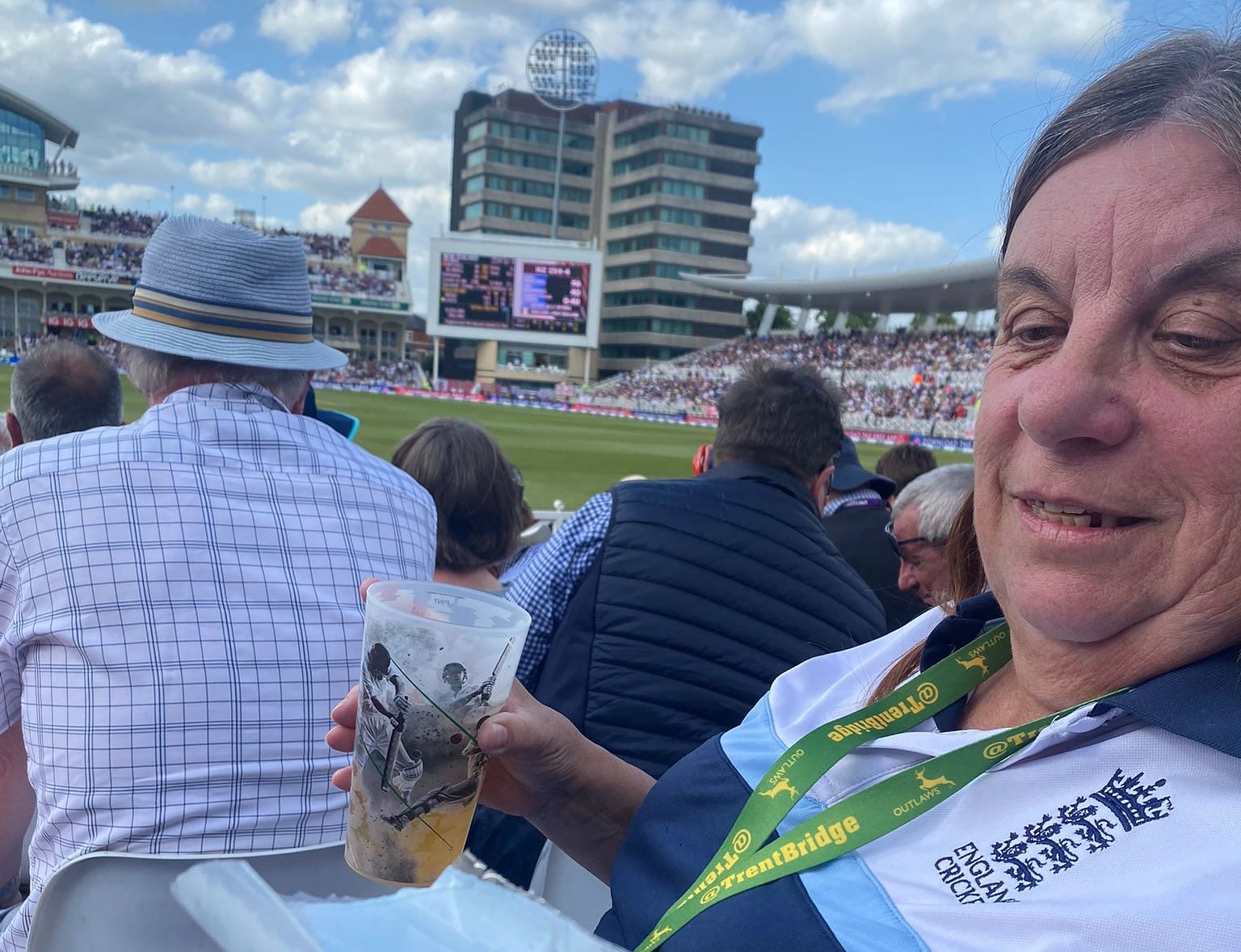