The 26-year-old Swapnil went down 10-16 to Rio Olympics silver winner Serhiy Kulish of Ukraine in the gold medal match.

Indian shooter Swapnil Kusale won a silver medal in the men's 50m rifle 3 positions (3P) event at the ISSF World Cup in Baku, Azerbaijan on Thursday, giving the country its second medal of the competition.

The 12-member Indian rifle squad now has one gold and one silver, moving up to fifth on the medal table from overnight ninth.

He first finished second to Kulish in the top-eight ranking round earlier on Thursday, before going down to the Ukrainian champion again in the gold medal match.

The top two, therefore, finished in the same order right from the qualification rounds on Wednesday.

In the final, Swapnil did put up a fight but the Ukrainian finished strong to put the issue beyond the Indian. 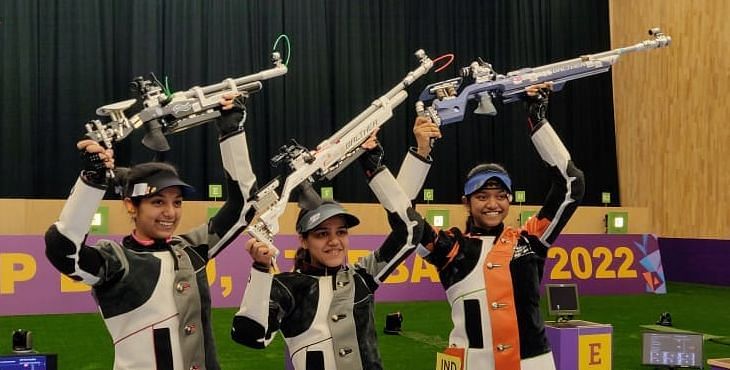