ISL Indian stars to give World Cup qualifiers a miss? 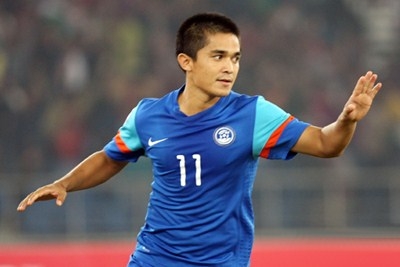 India is set to play a crucial 2018 World Cup qualifying matches in October but as things stand, the national team will be without its star players like captain Sunil Chhetri, goalkeeper Subrata Paul and many more, after the Indian Super League (ISL) organisers declined to allow the national players for India duty.

With the cash-rich football league about to kick-off on October 3rd, most of the national players are on club duty and will not be will released for a camp which is scheduled to start on September 29, according to reports in media.

India are scheduled to play Turkmenistan on October 8 and Oman on October 13 in two crucial qualifying games. Earlier, the Men in Blue have suffered three consecutive defeats having lost to Oman, Guam and Iran.

The national coach Stephen Constantine confirmed there will be no preparatory camp before the World Cup Qualifiers. “It is a norm to release national players at least four to five days before a FIFA game, but unfortunately this is not going to happen,” Constantine told NDTV.

An AIFF official was reported saying, “We are helpless. We are being dictated and have no choice but to support the ISL organisers.”

Earlier, Chhetri, who also plays for the I-League team Bengluru FC, had termed Turkmenistan encounter a crucial one. “The game against Turkmenistan is very important game for us. We will focus on playing positively like we played against Oman and Iran and hopefully we will get a win against Turkmenistan and get a point,” Chhetri told IANS.

Around top-10 Indian players, contracted to ISL clubs, are likely to miss the national team matches.