Two of world cricket's batting stalwarts Virat Kohli and Kane Williamson's woeful form will be in focus when Royal Challengers Bangalore and Sunrisers Hyderabad take on each other in a return IPL fixture on Sunday.

Both the batting stars have failed to live up to the high standards they have set for themselves and the two teams will be hoping their star batters can snap the wretched run and provide more decisive contributions.

Kohli showed glimpses of returning to form in his fifty against Gujarat Titans. But he had a howler in the win against Chennai Super Kings in the previous game. After hitting three boundaries and a six, the former RCB skipper found it hard to hit big shots, relying on singles, which eventually led to the run out of teammate Glenn Maxwell. While Kohli himself could only manage a 33-ball 30.

Williamson has been a consistent run-scorer, relying on timing and placement of the ball. However, he has failed to convert starts into big scores. The Kiwi's strike rate has been a dismal 96.13. and he, perhaps, needs to be more aggressive in his approach.

After a five-match winning streak, the Sunrisers have slumped to three losses on the trot due to a variety of reasons, including injuries to their frontline bowlers. They sit sixth on the points table.

SRH's main spinner Washington Sundar has injured his bowling hand again, while death over specialist T Natarajan, the side's highest wicket-taker, also picked up a niggle in the loss against CSK. The duo subsequently missed the match against Delhi Capitals and the bowling unit struggled in its absence, going for over 200 runs.

It is to be seen if the two return for the game on Sunday.

Marco Jansen was dropped from the side but Tom Moody will be tempted to bring back the South African given that he was the wrecker-in-chief against RCB last time.

Pace sensation Umran Malik was pummeled into submission by the Delhi batters and the youngster might want to work on developing some variations rather than cranking up the pace every time he is hit for runs. Kartik Tyagi and Shreyas Gopal also need to get their acts together.

With the bat, Abhishek Sharma has given SRH solid starts but the youngster needs to take his innings deep rather than playing a flash in the pan sort of knocks.

Nicholas Pooran has been brilliant in the past couple of games, showing that he can finish off matches with a little assistance from the top order.

Incidentally, SRH's last win came against RCB when they bundled out the Faf du Plessis led side for 68 and the Orange Army will hope the team can fashion a similar result.

For RCB, the bowlers did the trick against CSK. In Josh Hazlewood, Harshal Patel, Mohammed Siraj and Wanindu Hasarnaga, RCB have four match-winners, while Glenn Maxwell and Shahbaz Ahmed have also played their part well.

While the focus would be on Kohli, RCB have also power-hitters in captain Du Plessis, Maxwell, Dinesh Karthik and Shahbaaz Ahmed, who can be destructive on their day if they fire in unison.

They would be hoping to exact revenge with the winning momentum on their side. 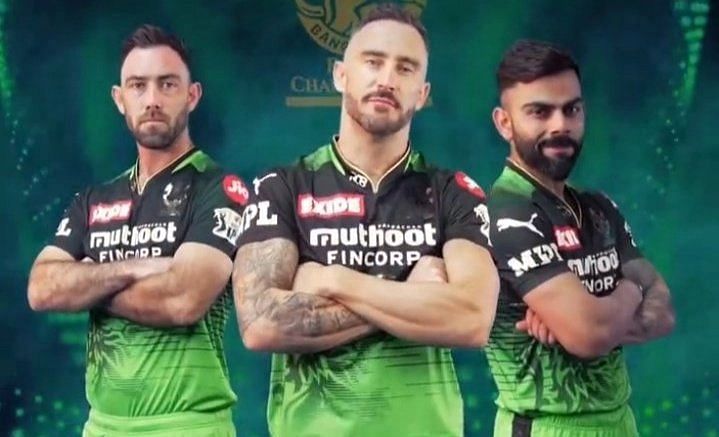 IPL 2022: RCB players to wear green jersey for match against Sunrisers on May 8