Rahul Tripathi scored 76 from 44 balls to guide Sunrisers Hyderabad to a challenging 193 for six in their must-win Indian Premier League match against Mumbai Indians on Tuesday.

Tripathi, who struck his third half century of the season with the help of nine fours and three sixes, set himself up brilliantly for a memorable knock.

He was ably complemented by Priyam Garg (42) and Nicholas Pooran (38).

Invited to bat, the Sunrisers' punt to play Garg at the top of the order paid off. The 21-year-old played a fine knock while sharing a 78-run partnership with Tripathi after the in-form Abhishek Sharma (9) was sent back in the third over.

Garg, who was dropped on 10, made good use of his reprieve as he smashed the ball four times to the fence and twice over it in his 26-ball innings.

At the other end, Tripathi looked in his element. He smacked Jasprit Bumrah (1/32) for a six and back-to-back fours in the fifth over.

Tripathi and Garg collected 57 in a productive powerplay and maintained a healthy run rate which was close to 10 runs per over while batting responsibly.

Once Garg was caught and bowled by medium pacer Ramandeep Singh (3/20), Pooran, who was promoted to No. 3, joined the party.

The flamboyant left-hander smoked two consecutive sixes over long on and deep backward square off Riley Merdith (1/44) in the 13th over before whacking Mayank Markande (0/31) for a boundary and a maximum in the next over.

The MI bowlers, led by Ramndeep, were able to stage a mini comeback as they got rid of Pooran, Tripathi and Aiden Markram (2) in the space of eight balls.

Batting down the order, skipper Kane Williamson's (8 not out) struggles continued as he was unable to get the big shots going.

The Sunrisers, who were looking set for a 200 plus score, could manage only one boundary in the last two overs, which yielded 19 runs. 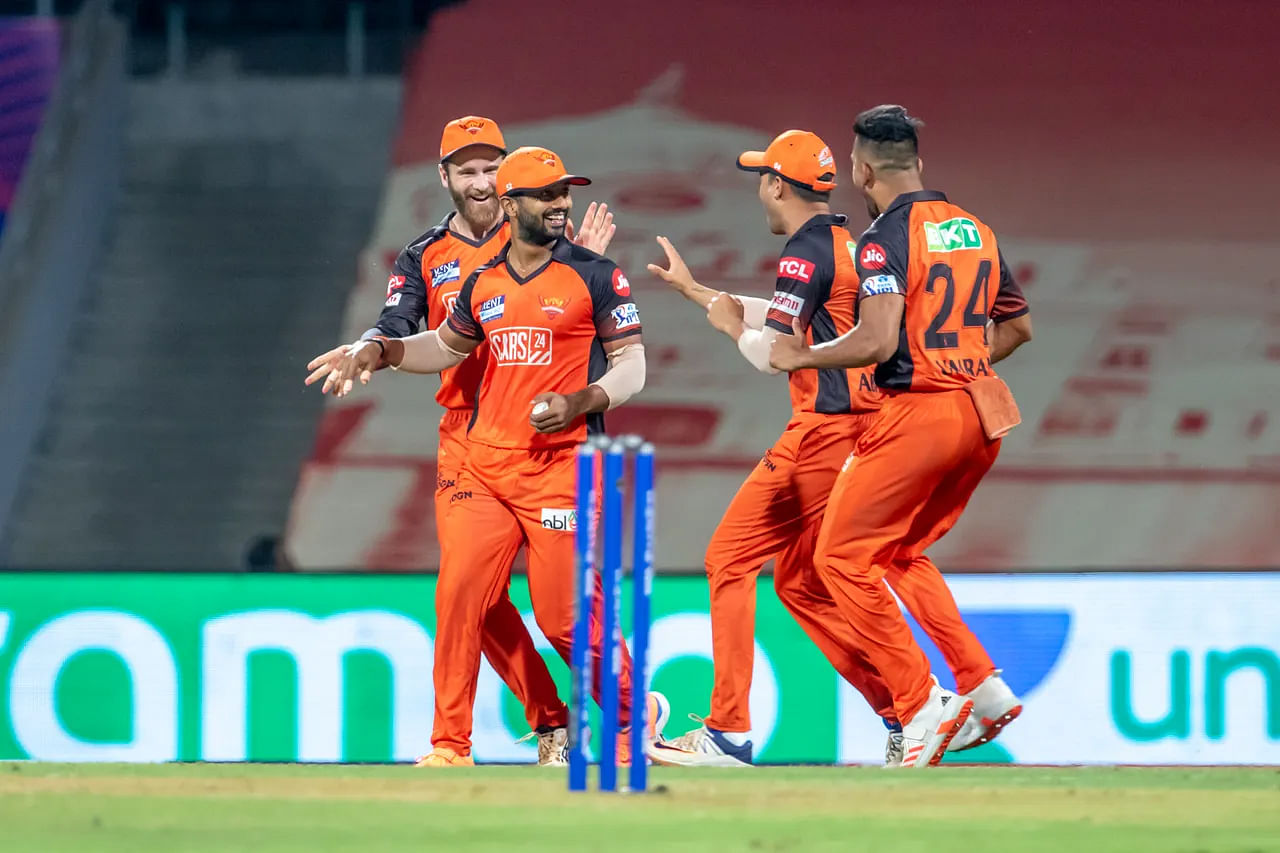