Quinton de Kock provided a batting masterclass enroute to a sensational hundred and alongside skipper K L Rahul, fired Lucknow Super Giants to 210 for no loss against Kolkata Knight Riders in the Indian Premier League on Wednesday.

More than 60 games into the IPL, the surfaces are getting tougher for strokeplay and Rahul thought it was better to put runs on the board.

Both Rahul and de Kock got the measure of the wicket in the powerplay, reaching 44 for no loss, before flaunting their wide range of strokes on way to their unbeaten 210-run stand, the highest ever opening partnership in the history of the tournament.

The South African hammered 10 sixes and as many fours in his 70-ball unbeaten 140, while Rahul collected four sixes and three fours in his 51-ball 68 not out.

De Kock, who was dropped by Abhijeet Tomar off Umesh Yadav in the third over, made KKR pay heavily by getting the highest score of the season.

The South African was in his elements smashing the spinners and pacers with equal disdain.

He used the pull shot against the faster bowlers and was at his innovative best against the seasoned spin duo of Sunil Narine and off coloured Varun Chakaravarthy.

Out of the sixes he hit, de Kock's reverse sweep off Narine stood out. Anything short from the pacers, de Kock was happy to put it away over deep square leg region.

The southpaw was in no mood to stop even after reaching three figures. Tim Southee was poor in the death overs as he fed balls after balls in the slot for de Kock to deposit it into the stands.

His 19th over yielded as many as 27 runs with de Kock finding the boundary at will.

Rahul watched de Kock's breathtaking knock from the best seat in the house. The skipper did not have much to do in the slog overs but he too played some sublime strokes on way to his third half-century of the season.

Rahul also completed 500 runs in the tournament for the fifth season in a row. PTI KKR bowlers leaked 88 runs in the last five overs. 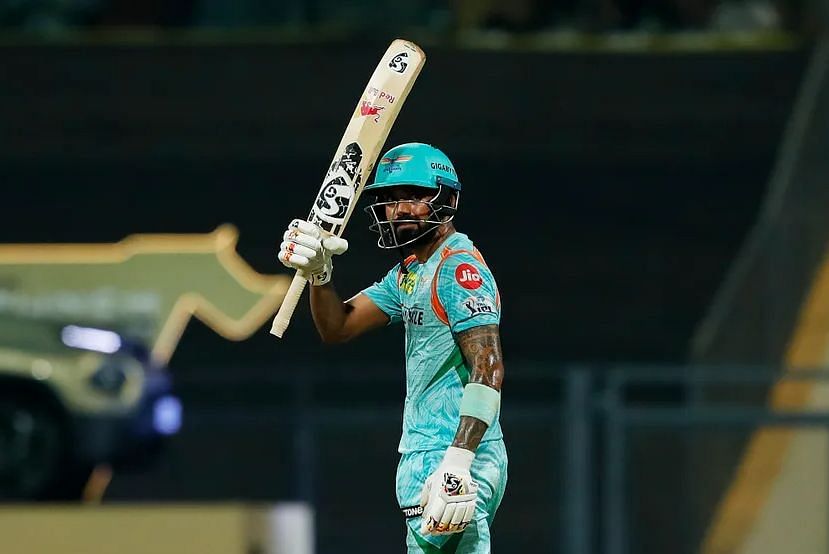