Liam Livingstone and Arshdeep Singh picked three wickets each as Punjab Kings restricted Delhi Capitals to 159/7 in their 20 overs at the DY Patil Stadium here on Monday.

For Delhi, Mitchell Marsh hung around to top-score with a 48-ball 63, laced with four boundaries and three sixes on a pitch, which is slow and offering turn to spinners.

David Warner took a strike at the last moment on seeing Livingstone take the ball. But the move backfired spectacularly as Warner slashed hard at a length ball outside the off-stump, which bounced and held a little, taking a thick edge to backward point.

Marsh began from where he left off in his 89 against Rajasthan Royals, lofting down the ground and flicking over deep mid-wicket for taking consecutive sixes off Kagiso Rabada. Sarfaraz Khan stepped up to play a sizzling cameo of 32 off 16 balls, taking the attack to Harpreet Brar and Rishi Dhawan, hitting five fours and a six, with the scoop being the standout.

But Arshdeep ended Sarfaraz's entertaining stay with a slower ball which the batter completely mistimed to mid-on. The left-arm pacer could have got Lalit Yadav out for a first-ball duck if he had not overstepped at the crease.

From there, Marsh and Lalit shared a 47-run stand off 38 balls for the third wicket. Arshdeep finally made amends by taking out Lalit with a slower bouncer which he ramped straight to backward point.

Livingstone came back in the 12th over to fox Rishabh Pant with a wide delivery, which the left-hander responded with a swing down the ground, only to be stumped for just seven, immediately after hitting a one-handed six over long-on.

The wide outside off-stump fetched another wicket for Livingstone when Rovman Powell tried to clear long-on but the thick outer edge went to long-off. With Livingstone ending his spell, Marsh brought out his counter-attacking self, raising his fifty with a slap through the covers off Brar, followed by another four between long-on and deep mid-wicket.

Marsh slammed three boundaries off Arshdeep in the 18th over -- two through leg-side and one bouncing past long-off. But his knock ended at 63 when his attempted pick-up shot was pouched by deep mid-wicket running in. Punjab gave away just ten runs in the last two overs to get the momentum in their favour at the innings break. 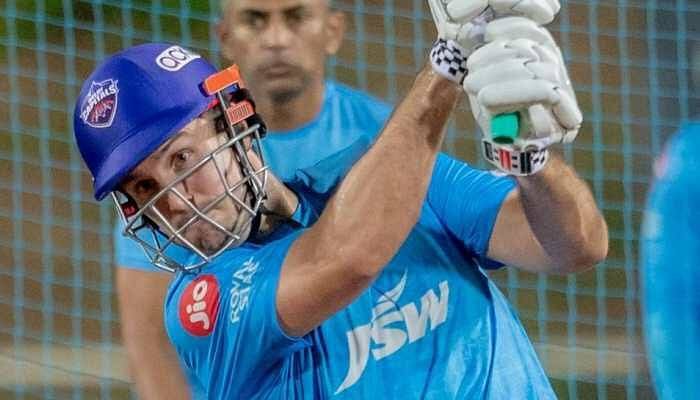