With KKR needing 30 off the last 5 overs, the game was evenly poised. But DC skipper Rishabh Pant handing the ball to pace spearhead Kagiso Rabada proved to be a blessing in disguise for KKR. Narine unleashed himself on the fast bowler and KKR picked 21 runs from the over as they needed just 9 off the remaining 4.
ANI 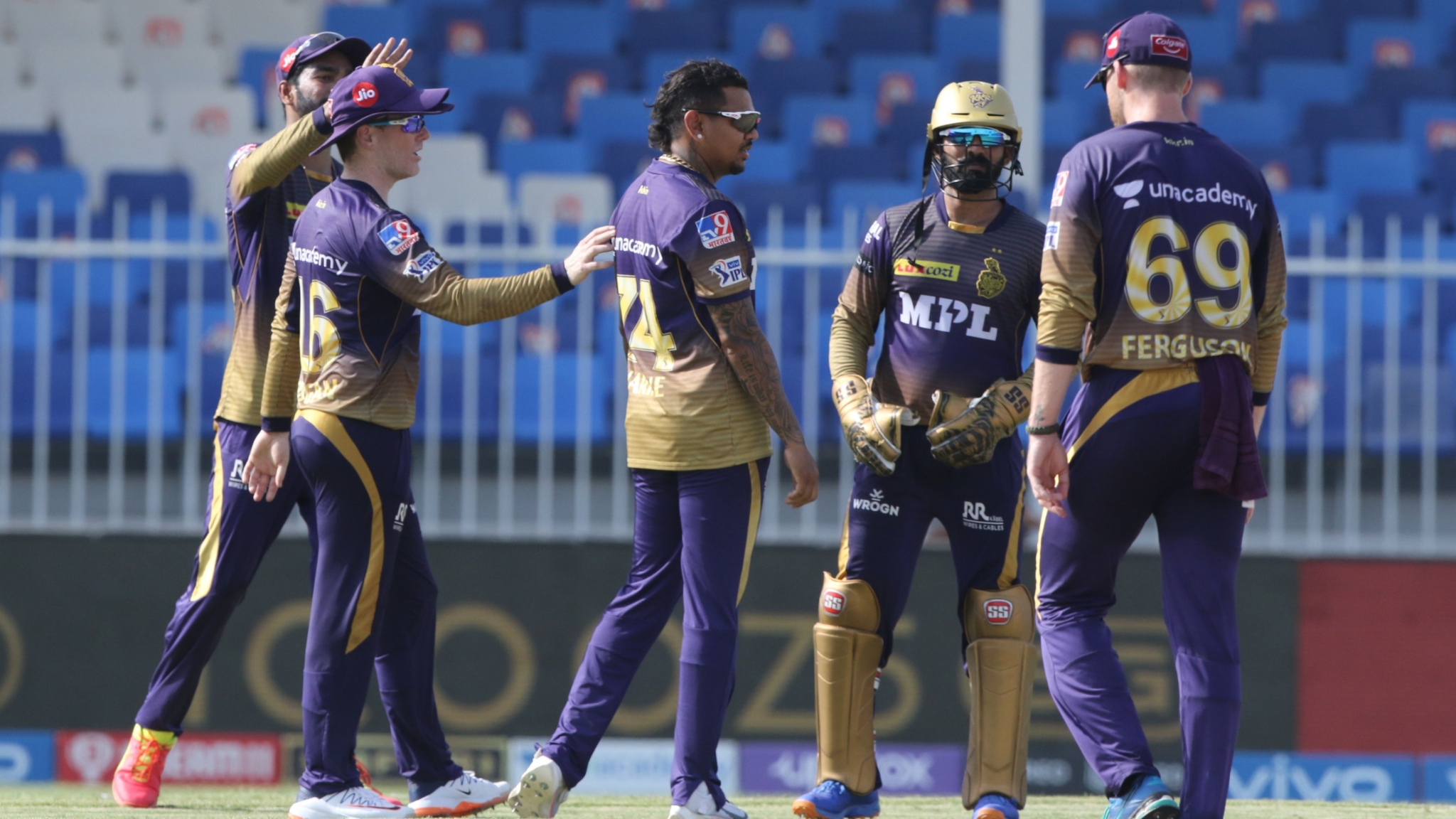 Sharjah: Cometh the hour, cometh the man. Having focused on his role with the ball so far in the second leg of the Indian Premier League (IPL) in the UAE, Kolkata Knight Riders spinner Sunil Narine (21 off 10 balls) came to the party with the bat just when the team needed him most. A fine all-round performance from Narine saw KKR beat Delhi Capitals (DC) by three wickets at the Sharjah Cricket Stadium on Tuesday.

With KKR needing 30 off the last 5 overs, the game was evenly poised. But DC skipper Rishabh Pant handing the ball to pace spearhead Kagiso Rabada proved to be a blessing in disguise for KKR. Narine unleashed himself on the fast bowler and KKR picked 21 runs from the over as they needed just 9 off the remaining 4.

Even though Narine did get out in the very next over (17th), the damage had been done as Nitish Rana (unbeaten on 36) guided KKR home with 10 balls to spare.

Chasing a target of 128, KKR had a shaky start as Capitals claimed two wickets in the first powerplay. Lalit Yadav gave DC their first breakthrough in the 5th over after he removed KKR opener Venkatesh Iyer (14 off 15). And then in the last over of the powerplay, Avesh Khan struck to dismiss Rahul Tripathi (9 off 5). After six overs, Kolkata's score read 44/2.

Rana then joined Shubman Gill on the pitch and the duo then tried to provide much-needed stability to the KKR's innings in the middle overs. At the halfway mark in the innings' KKR score read 67/2. In the very next over, Rabada who was bowling his first over of the match bowled five dot balls before dismissing set KKR opener Shubman Gill (30 off 33). KKR found themselves in all sorts of trouble in the following over when R Ashwin sent back captain Eoin Morgan for a two-ball duck.

In the 14th over of the match, Rana and Dinesh Karthik took the matter into their hands, as the duo gathered 20 runs which included two sixes and a four off Lalit Yadav. In the next over, Avesh Khan got the better of Dinesh Karthik as he removed him for 12 off 14 balls. But in the end, the total on the board was just not enough.

Earlier, Kolkata Knight Riders (KKR) bowlers put on a clinical show to restrict Delhi Capitals (DC) to 127/9. For Kolkata, Narine, Venkatesh Iyer and Lockie Ferguson scalped two wickets each while Tim Southee returned with one. For Delhi Capitals, Steve Smith and Rishabh Pant both played knocks of 39 each.

Put in to bat first, Delhi got off to an okayish start as the team gathered 39 runs in the first six overs with a loss of one wicket. Lockie Ferguson sent back Shikhar Dhawan to the dugout in the second last over of the first powerplay. DC opener walked back after scoring 24 off 20 balls.

In the 7th over of the match, Narine struck and sent former DC skipper Shreyas Iyer back to the hut. Steve Smith was then joined by captain Pant on the pitch and the duo started stabilising the ship for Delhi.

After struggling to score runs for a couple of overs, Steve Smith was clean bowled by Lockie Ferguson in the 13th over of the innings. Steve Smith walked back after scoring 39 off 34 balls. Shimron Hetmyer (4 off 5) soon followed the DC opener as Venkatesh Iyer got his first in the next over.

DC soon found themselves in more trouble after Sunil Narine sent back Lalit Yadav for a three-ball duck in the 15th over of the innings. Axar Patel followed Yadav after a five-ball duck in the next over, as Venkatesh Iyer got his second wicket of the match.

DC crossed the 100-run mark after 17 overs as their score read 102/6. Capitals finished with 127/9 after twenty overs as R Ashwin, Rishabh Pant, and Kagiso Rabada lost their wickets in the last over of the innings.