IPL 2021 final: 'We've got nothing to lose lads and that makes us dangerous', says KKR head coach McCullum ahead of match against CSK

McCullum motivated KKR players ahead of the clash and said the side has nothing to lose which eventually makes them a dangerous team.
ANI 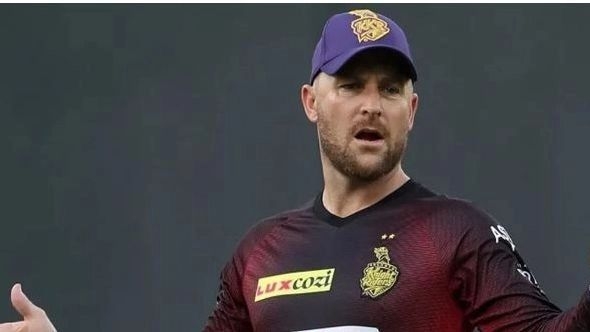 KKR had won two games in the IPL 2021 during the first half but the side came back with strong performances in the UAE leg to qualify for the playoffs. The side then defeated Delhi Capitals and RCB to seal the final spot.

McCullum motivated KKR players ahead of the clash and said the side has nothing to lose which eventually makes them a dangerous team.

"Imagine things work out and then in five weeks, we're standing there with the trophy after two wins in seven games. Imagine that journey. Imagine the stories that you'll get to tell," said McCullum in a video posted by KKR on Twitter.

"Experiences that you got to share. That's what's in front of us. That should enthuse us, excite us. We've got nothing to lose lads. And that makes us dangerous," he added.

MS Dhoni-led CSK has won the IPL title thrice and after putting on a dismal show in the 2020 season in UAE, the side made a remarkable comeback this year and some fearless cricket from the franchise has seen Dhoni's men reach the finals.

On the other hand, Morgan's side was completely down and out in the India leg as the side had won just two games out of seven. However, travelling to the UAE brought about a change in fortunes.

Venkatesh Iyer's inclusion provided the much-needed boost to the batting lineup and the Kolkata-based franchise has been playing fearless cricket. Shubman Gill, Nitish Rana, and Rahul Tripathi have done their job too this season.