IPL 2021: David Warner on the cusp of becoming first Australian to score 5,500 runs in the league 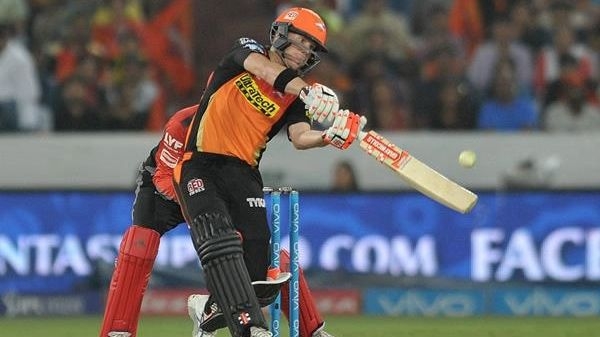 Sunrisers Hyderabad will take on Punjab Kings in match 37 of the Indian Premier League 2021 at the Sharjah Cricket Stadium on Saturday, September 25. Both these teams are struggling in the tournament and their rankings in the points table stand testimony to their nightmarish season. While Punjab occupy the second last spot with three wins in nine games, SRH are languishing at the bottom with just one win in eight games.

Nevertheless, the Sunrisers will still have something to look forward in the game beyond just the match result as former SRH skipper David Warner might become the first Australian to complete 5,500 runs in the IPL if he scores 53 runs in the game against PBKS on Saturday.

David Warner led SRH to their first tournament win in 2016. The destructive left hander was the second-highest run-scorer for them in their title-winning cause with a brilliant 848 runs at a strike rate of 151.42. He had a great IPL season in 2017 as well and returned back ever stronger in 2019 hitting 692 runs in 12 games. As captain in the 2020 IPL edition, he led the Orange army to No.3 on the team standings.

Warner, however is having a dull season so far with just 193 runs from 7 games. In the last match against Delhi Capitals too, he was dismissed for a duck. Nevertheless, as they say 'form is temporary, class is permanent', the SRH fans will still expect the Australian power-hitter to fire up and give them something to cherish about by completing the 5,500 run mark as quickly as possible.