Rishabh Pant overtook Virender Sehwag to become the team's leading run-scorer in the Indian Premier League. He achieved the feat during the game against Kolkata Knight Riders at the Sharjah Cricket Stadium.
ANI 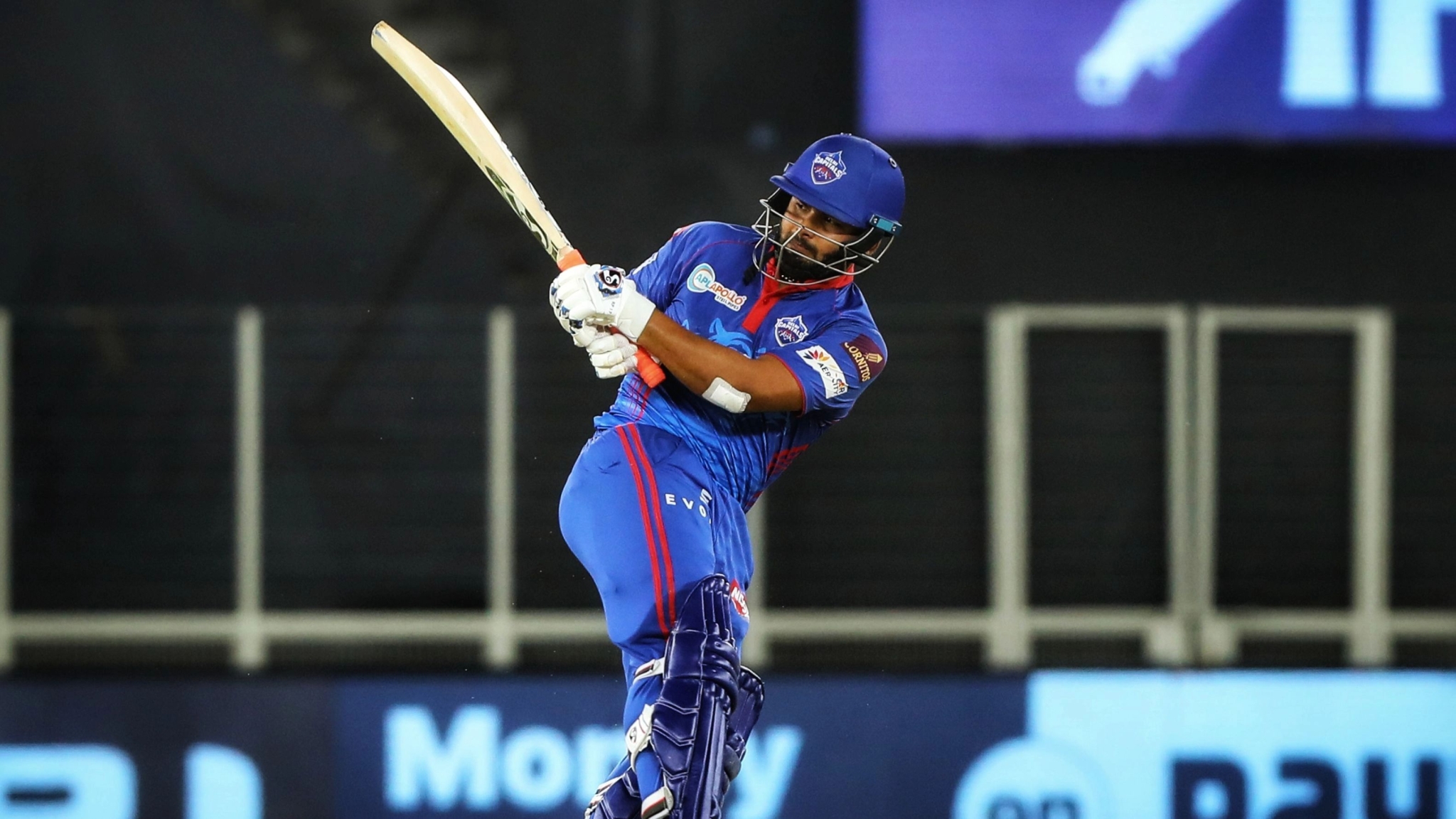 New Delhi: Delhi Capitals skipper Rishabh Pant on Tuesday overtook Virender Sehwag to become the team's leading run-scorer in the Indian Premier League. He achieved the feat during the game against Kolkata Knight Riders at the Sharjah Cricket Stadium.

Coming to the game, Eoin Morgan-led Kolkata Knight Riders (KKR) won the toss and opted to bowl against Delhi Capitals and the KKR bowlers repaid the faith shown by the skipper as they kept picking wickets at regular intervals to derail the DC batting line-up. Pant was the only batsman who rose to the challenge as he hit a 36-ball 39 before being run out.

Venkatesh Iyer, Sunil Narine and Lockie Ferguson starred with the ball for KKR as the team restricted DC to 127/9 in their 20 overs.

Pant had said at the toss that he was looking to bat first if he won the toss. "We were looking to bat first. 150-160 should be good, since the wicket looks slow. We are looking to take one match at a time, and hope we can win the game and qualify for the playoffs for sure. Prithvi is injured and Steve Smith comes in, that's the only change," he said.

Delhi Capitals is currently at the second spot in the points table while KKR sits in the fourth position with 8 points from 10 games. KKR had suffered a defeat in their last game against Chennai Super Kings (CSK) while Delhi Capitals won their match against Rajasthan Royals.