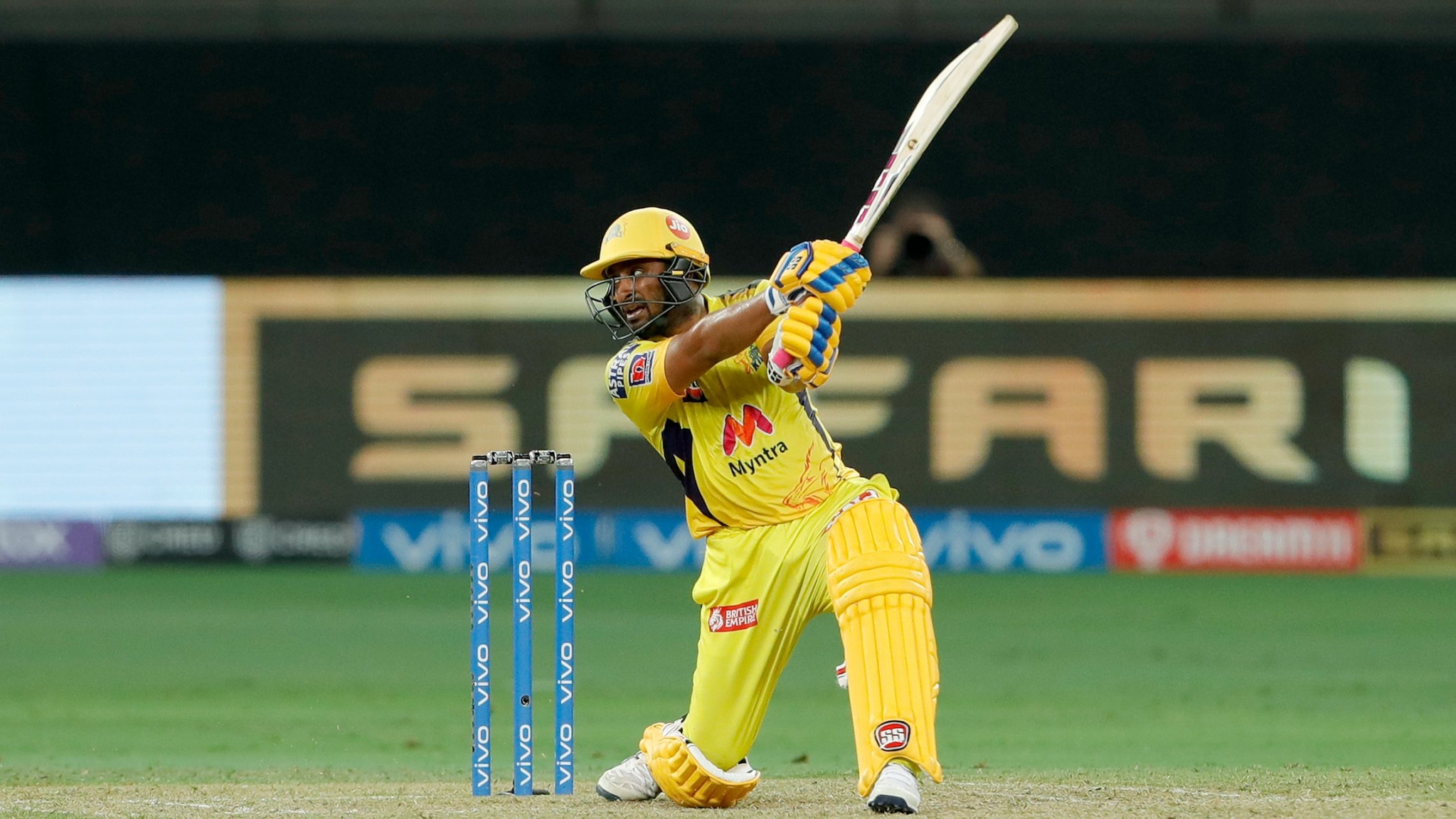 Dubai: Ambati Rayudu's unbeaten 55 carried Chennai Super Kings to 136/5 in 20 overs in Match 50 of IPL 2021 at Dubai International Stadium here on Monday. Apart from a 70-run partnership between Rayudu and MS Dhoni, Chennai's batting was lacklustre. Delhi put up an impressive show with the ball, with spin twins Ravichandran Ashwin and Axar Patel sharing three wickets for just 38 runs, conceding no boundaries.

Pushed into batting first, Chennai lost their prolific opening pair of Faf du Plessis and Ruturaj Gaikwad in power-play. While du Plessis pulled to deep mid-wicket off Axar Patel, Gaikwad, who had reversed a lbw decision off Anrich Nortje in the opening over, top-edged a pull on a pacy short ball to mid-wicket, giving the South African pacer his first wicket of the match.

Patel grabbed his second wicket of the match in the eighth over as Moeen Ali's half-hearted flick was caught by deep mid-wicket. In the next over, Chennai plunged into deep trouble as Robin Uthappa's miscued slog was caught by Ravichandran Ashwin off his own bowling.

Ambati Rayudu crunched Avesh Khan for boundaries through backward point and extra cover in the 12th over as he and MS Dhoni started to rebuild Chennai's innings. Rayudu brought up Chennai's hundred in the 17th over with a full toss from Kagiso Rabada slammed down the ground.

In the next over, Rayudu heaved Khan across the line for a boundary before bringing the half-century of the partnership in 55 balls with a full toss smacked over deep square leg. Rayudu then slapped Nortje for a six over deep extra cover followed by a slash over point for four, bringing his half-century in 40 balls.

Khan, who was hit for 32 runs in three overs, ended the 70-run partnership as Dhoni pulled but the bottom edge went behind to keeper Rishabh Pant. Khan conceded four in the final over to keep Chennai under 140. T20 World Cup 2021: 'Get Rohit Sharma, Virat Kohli out cheaply and India will fall under pressure',...