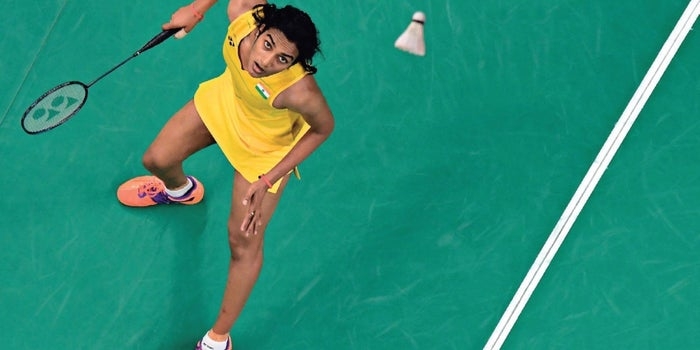 With the win the two-time Olympic medallist Sindhu extended her dominating head-to-head record against the Turkish shuttler to 4-0.

The 26-year-old from Hyderabad, ranked seven, had beaten Yigit last month as well in the Denmark Open.

In the men's event, former world No. 1 Srikanth was at his vintage best and gave away just 7 points in a lop-sided first game.

The second game was more evenly matched as Prannoy, who claimed an upset win over Tokyo Olympics gold medallist Victor Axelsen earlier, made a strong recovery.

Prannoy started the proceedings aggressively, racing to a 5-2 lead but Srikanth came from behind to snatch the lead at the mid-game interval.

Having gained momentum, the former world No. 1 then extended his lead to 15-12 and despite Prannoy levelling the proceedings once again, Srikanth sealed the match to reach his second consecutive semifinals.

He will now take on either Thailand's Kunlavut Vitidsarn or Denmark's Anders Antonsen, who is seeded third, in the semifinals.

Sindhu, who has got relatively easy opponents until now, has a tough match ahead as she will face top seed Akane Yamaguchi of Japan.

Although Yamaguchi is currently ranked third in the world and is the top seed, Sindhu has a superior 12-7 head-to-head record against the Japanese shuttler and has won both the meetings between the two this year.